Ok so fist off i wanted to share the first picture of the spring. think sound of music after the helicopter flew over julie andrews and the down draft threw her to the ground. now replace her with me. There you go. SPRING! I would like this post to be about how the weekend was, and we saw the new rolling stones documentary (
shine the Light), but I’m afraid i have a bone to pick with the USPS.
So for some reason my taxes are really kinda complicated (long story) anyway my brother John Diehl found this killer good Tax agent in cincinnati (of all places) and suggested it may be a good idea if i sent my stuff to him and had her do it. I said “cool” put all my papers in an envelope and went to the Radio City Post Office in Manhattan to send it off. Overnighted to cincinnati. The next day i check the tracking number and it was delivered! John calls and is asking where it is. This is where the panic set in. So I call the post office and say “hey guys you lost my envelope”. They check the tracking and say ” well sir our records show we delivered the parcel….. so you my friend are SOL”. This to me is amazing. I’m imagining my envelop ( with all my important tax info) is now sitting in a room somewhere with Amelia Earhart, the Lindberg baby, and Nazi gold. I already hate tax time enough and now I have to file for a extension to prolong this 6 more months. Along with begging people to reprint my W4 and other crap. Who do I blame in all this? (yes I have to blame someone I’m an American its part of our culture) I blame both the USPS for being so incompatant as to be unable to properly put an envelope in a mail box. I also blame myself for being greedy and trying to get more on my return than H&R.com; would have provided. Moral of the story, don’t go the extra mile especially on your taxes.

In other news my good old best friend brian lauvray has started blogging for the
http://telepicturesblog.warnerbros.com/tyrashow/2008/04/single_fierce_meet_brian.php#comments “target=”_blank”>Tyra Banks show. He’s helping the young ladies that watch Tyra and are unlucky in love find a man. He gives advice on what a young single guy in his late 20’s is really like. Go to the site read a comment and maybe leave one of your own. Its your chance ladies to find out what makes a guy like brian tick. 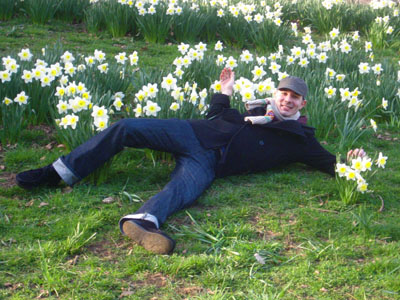