It was a weekend at home.

Last Thursday night while getting off the train, Kate clipped her big toe on the heavy steel door on one of the old NJT trains. Needless to say it was pretty rough. She’s ok but she’s doing to be limping around for a week or so while it heals up.

We had plans to go kayaking again, this time in a river. Although with a busted toe that felt like a bad idea. Instead we spent the day working on projects.

1. The water sensor Jon and I have been working on for my dehumidifier in the garage.

So a few weeks ago I posted some images of an ugly housing I made for the water tank sensor Jon built and programed for me. Last week I printed it out. Although ugly all the little snaps and fixtures to hold the electric parts worked perfect. I got it all set up in the tank and so far it works great! Big thanks to. Jon for doing the hard part of this project. 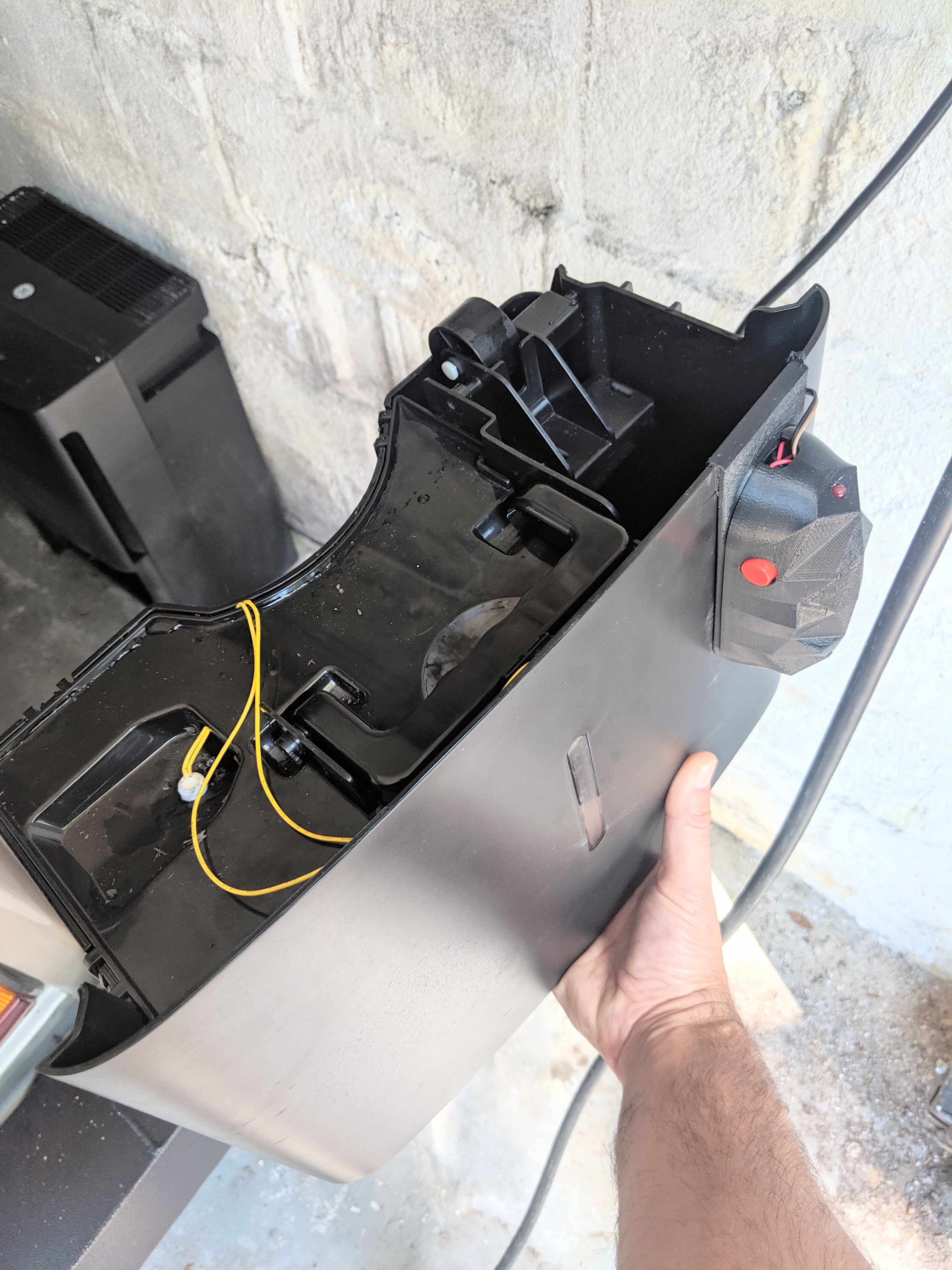 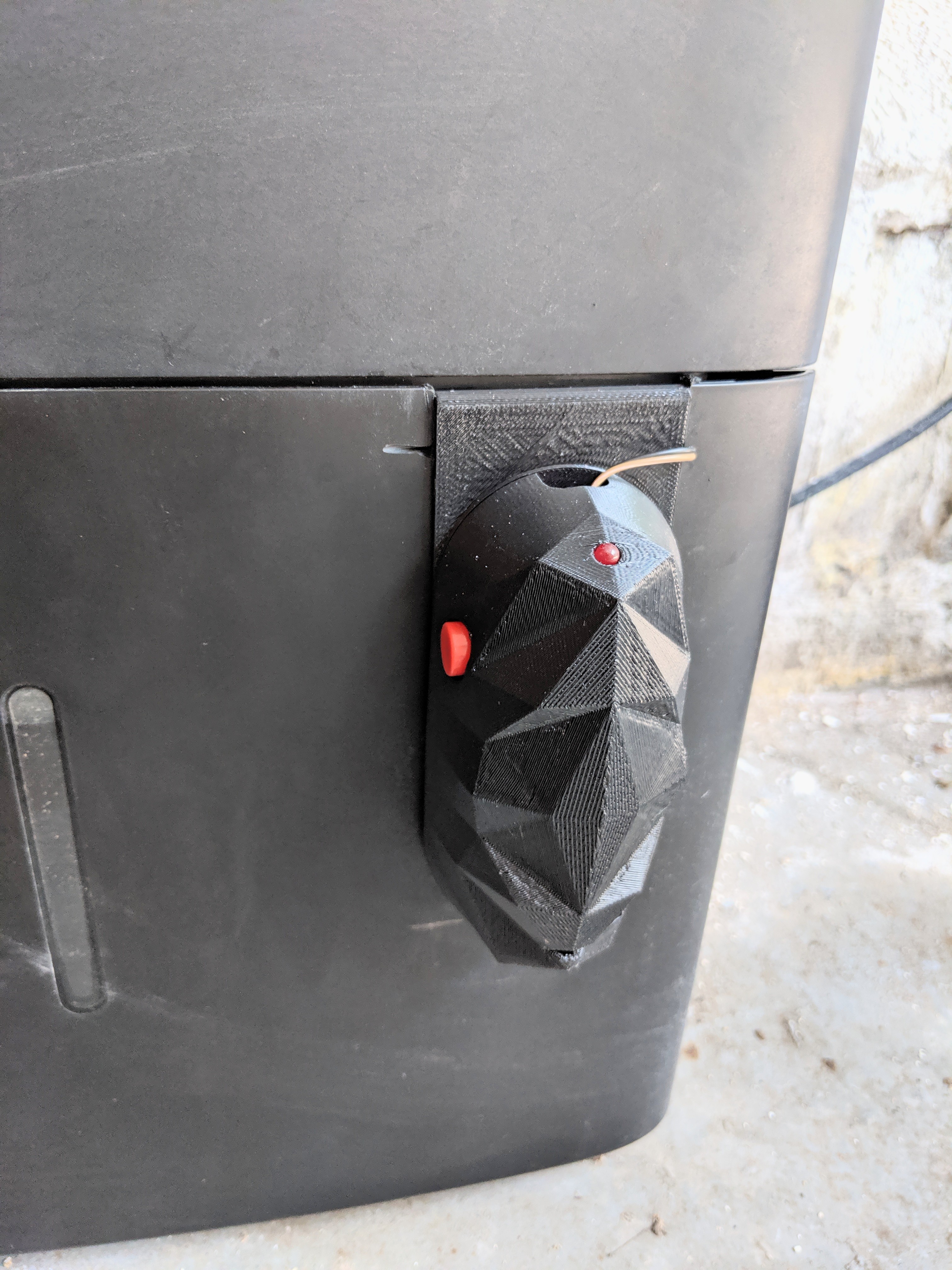 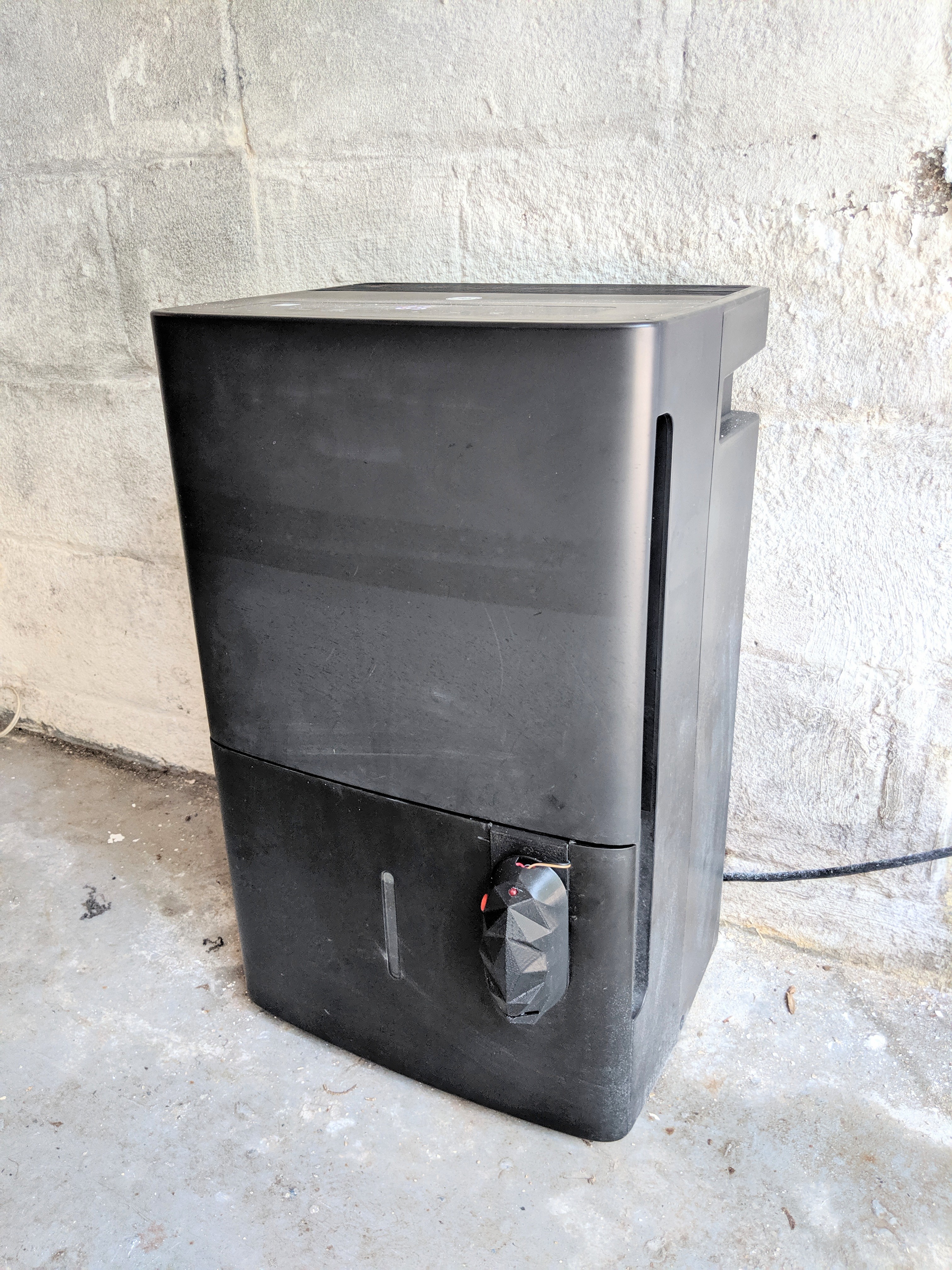 This is the Push Alert I get on my phone when the tank is full! There is also an alert for when the battery runs low. 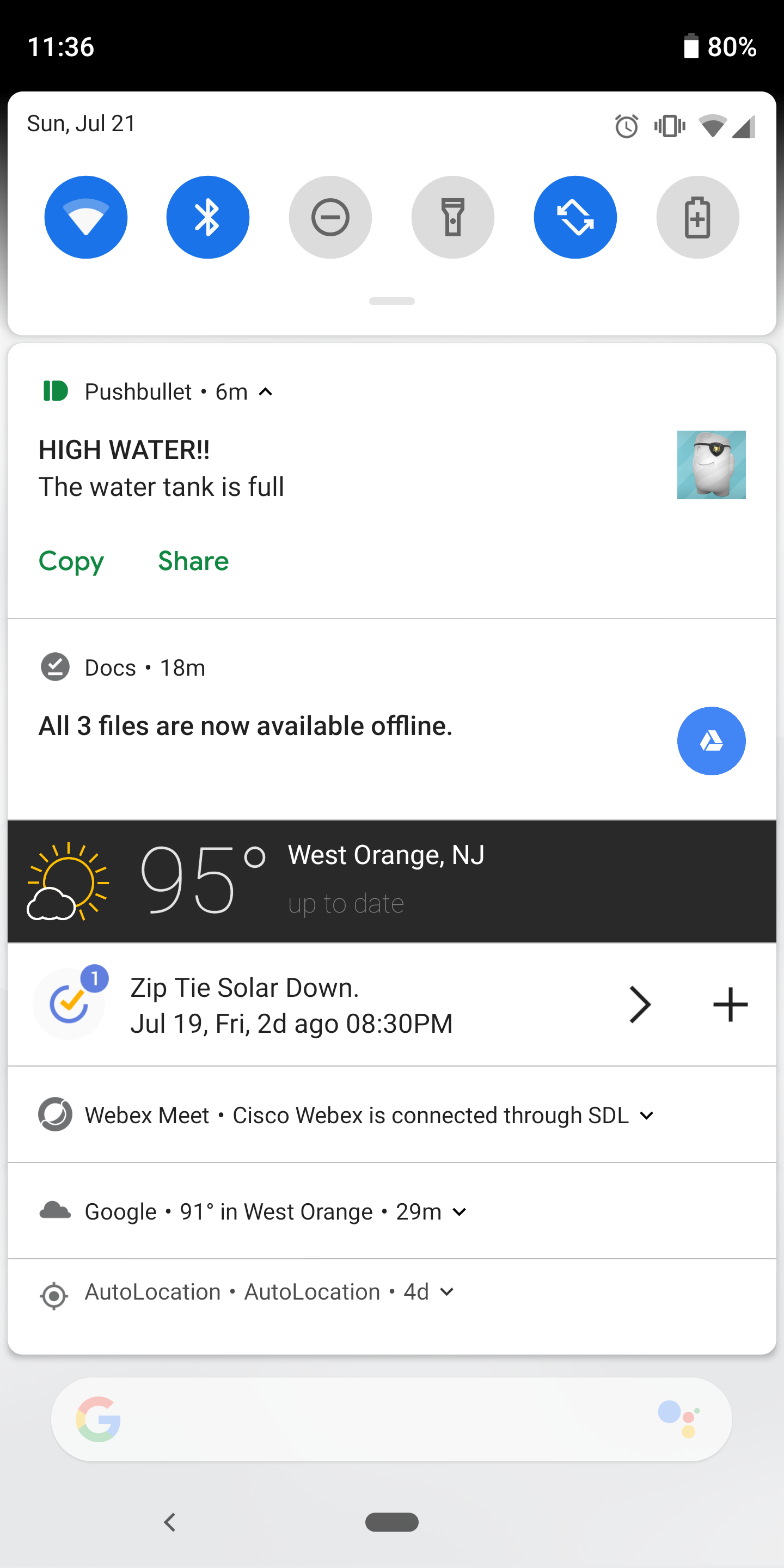 2. A vent fan for the van that goes in the skylight window. As well as final designs for the window crank.

I spent far too much time working on this vent fan. First, I wanted it to be solar powered so it could be self sustaining. That didn’t work. Then I found some videos of people using radiator fans to make these types of vent fans. The cool think about these fans is the little controller you can add to it. It’s this little PWM unit that also has a 3 way switch that provides a pull rotation- a push rotation and a off position. This all made the encloser I need to build more complicated. It’s very large. I will need to print it in a total of 5 parts on the 3d printer. It should print quickly as it’s pretty thin wall. In the end I had 2 designs. The first desight ended up being too darn complicated visually so I scraped it in favored of something a little simpler. 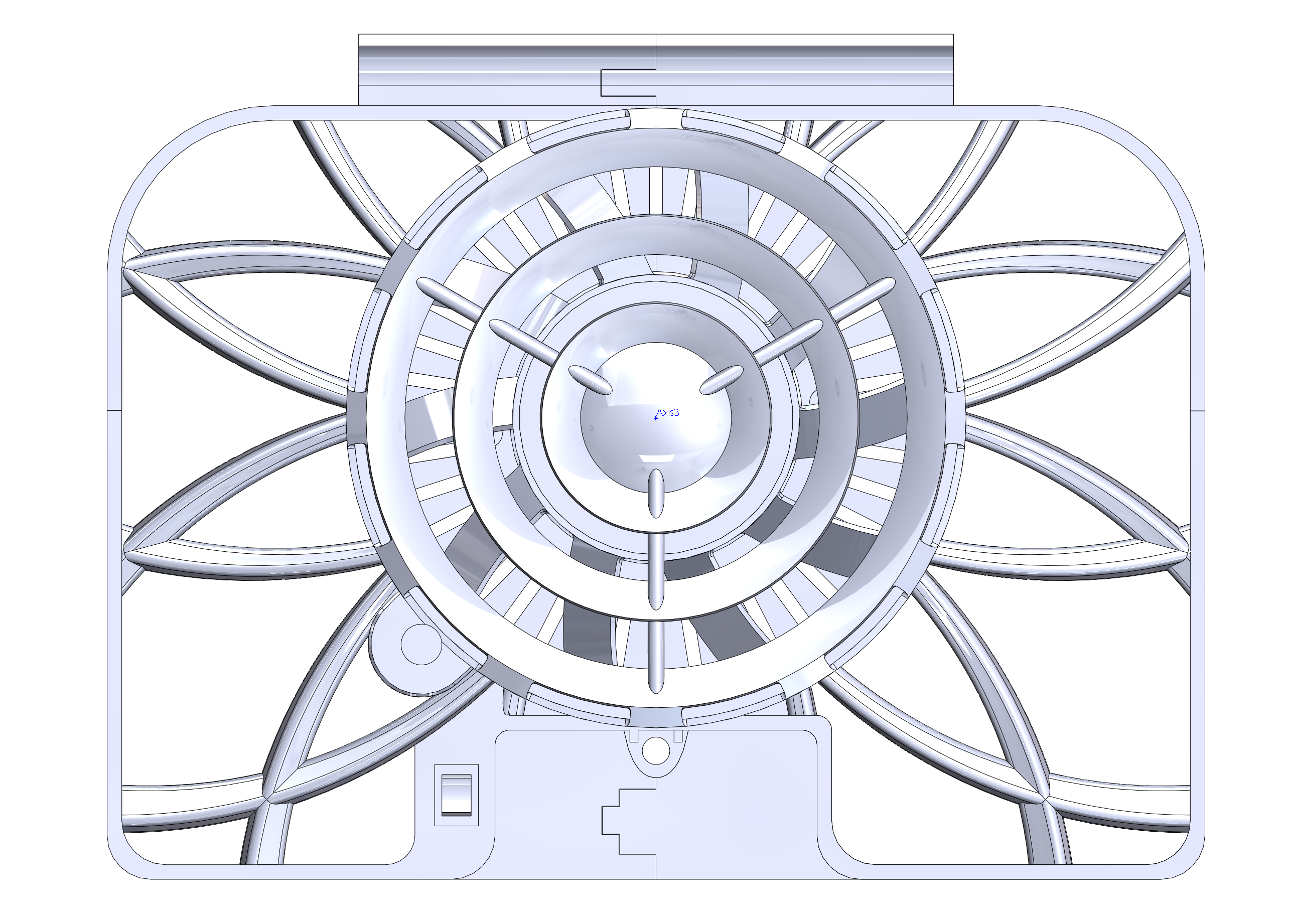 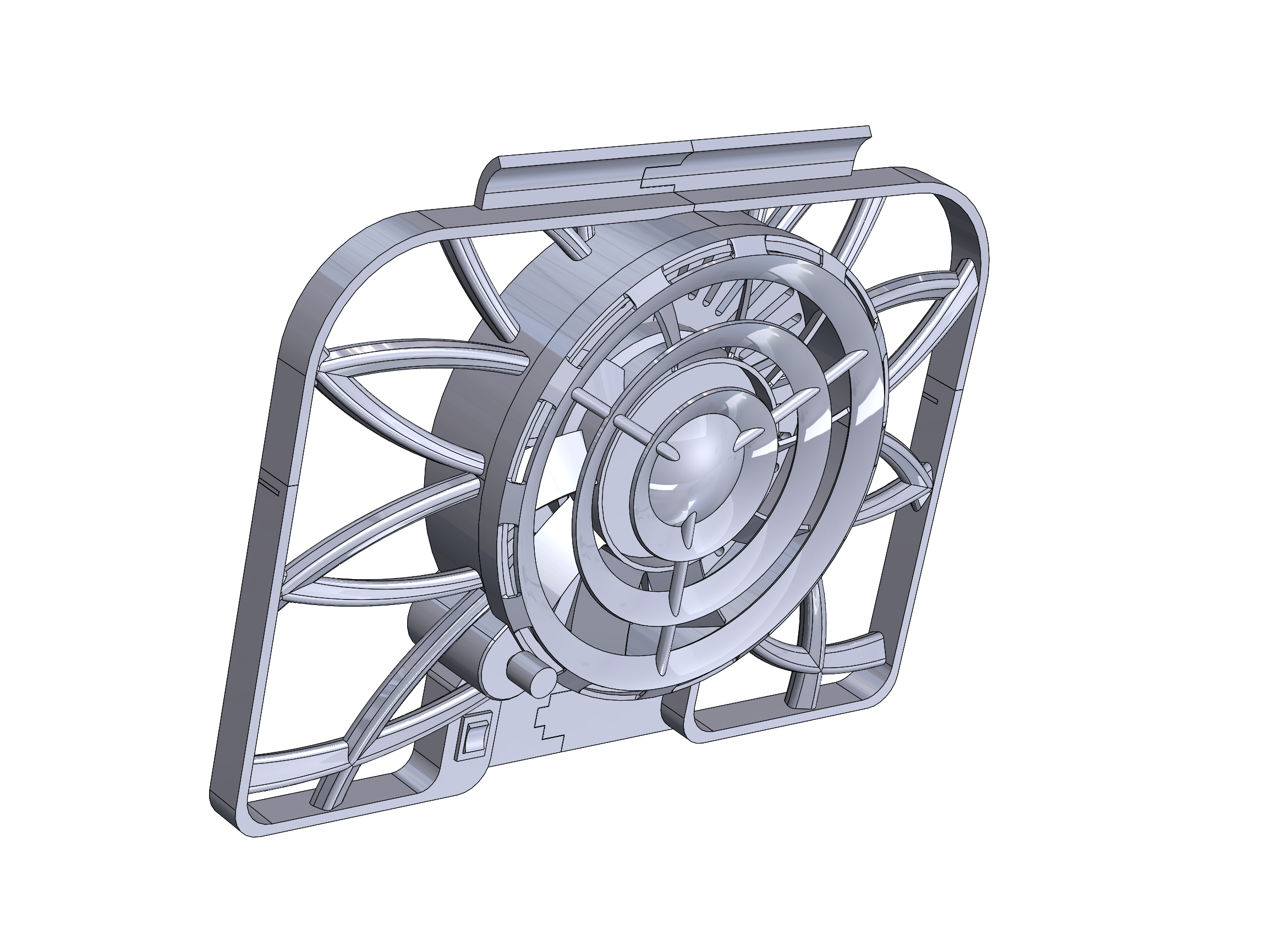 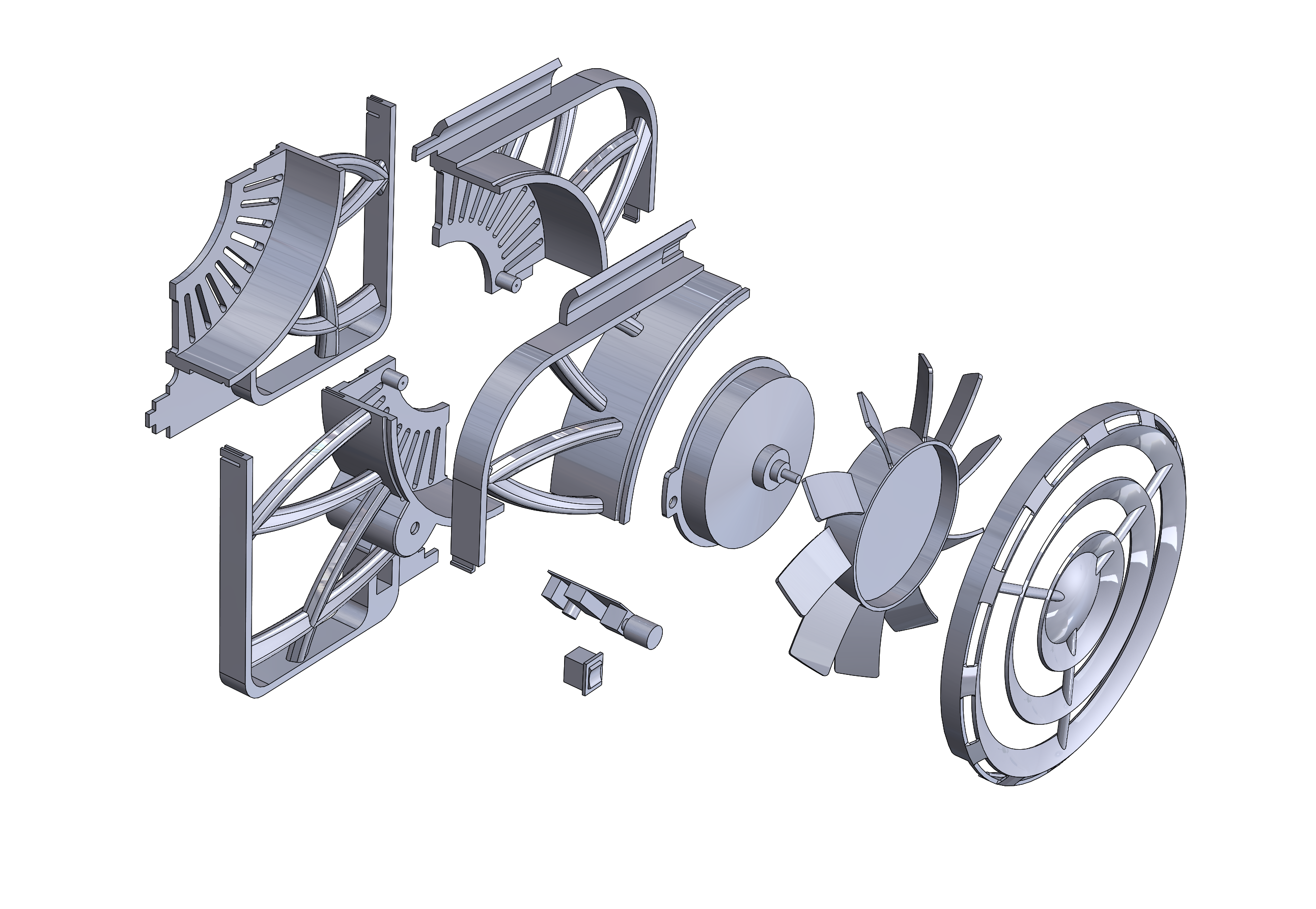 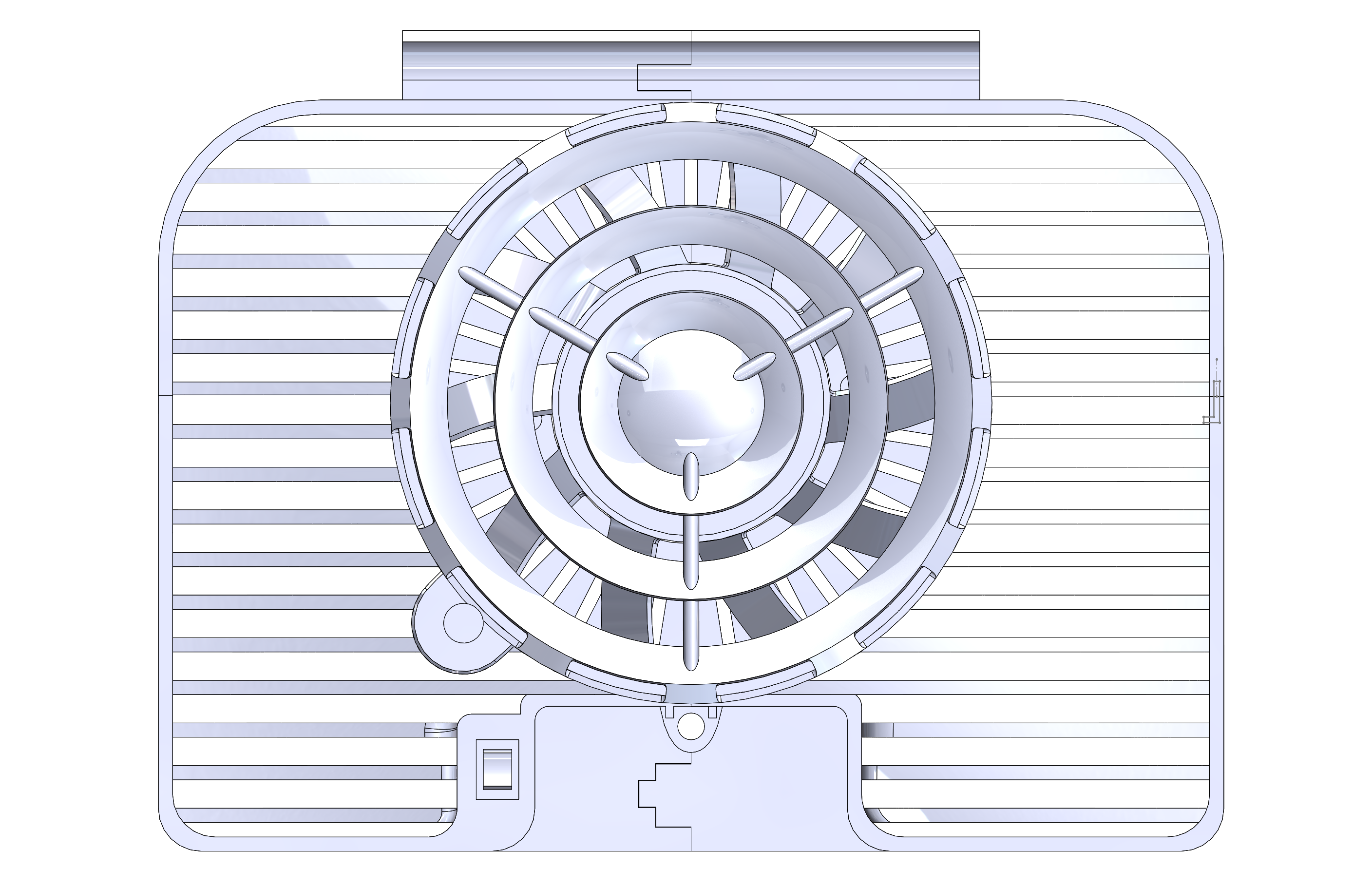 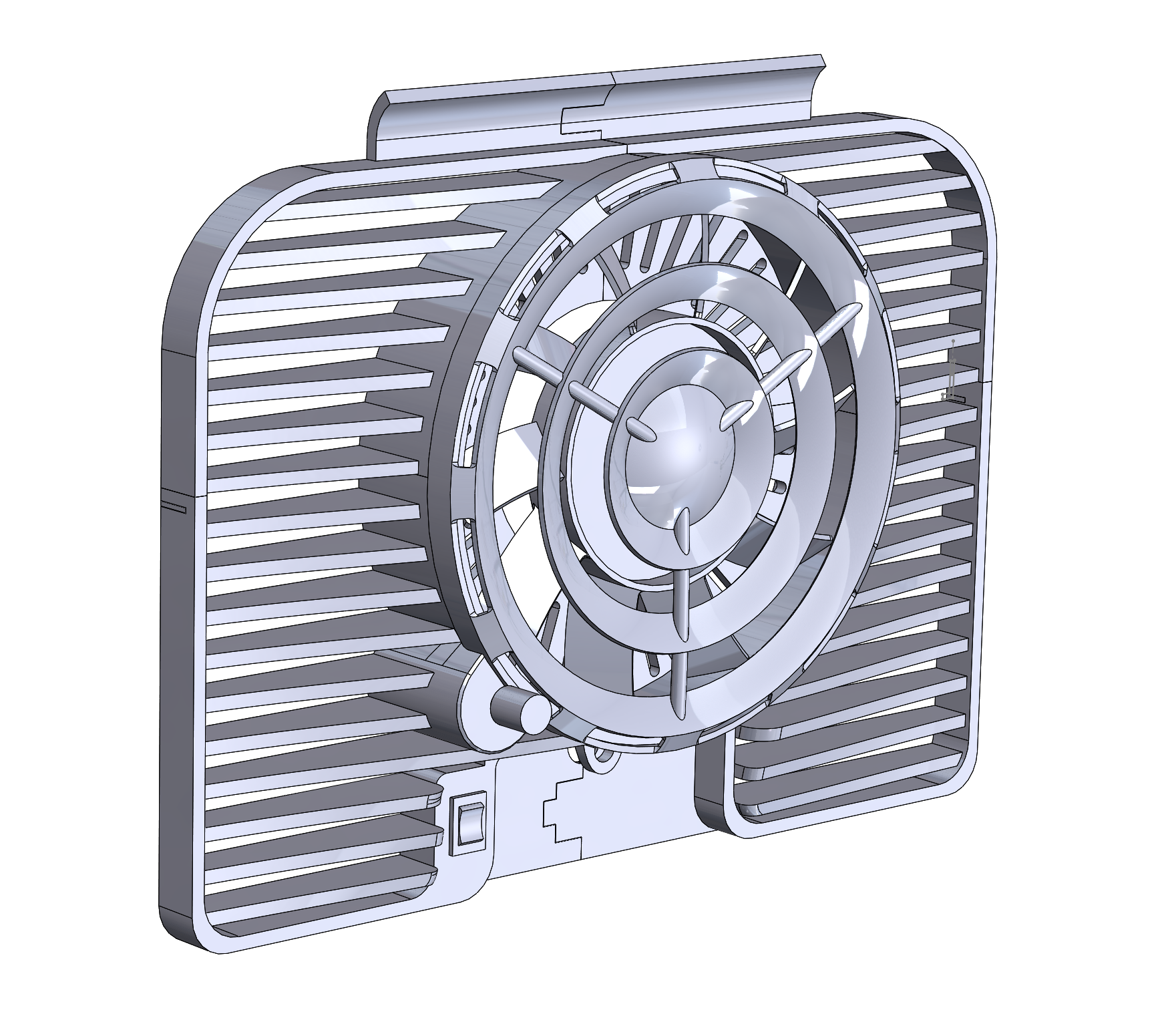 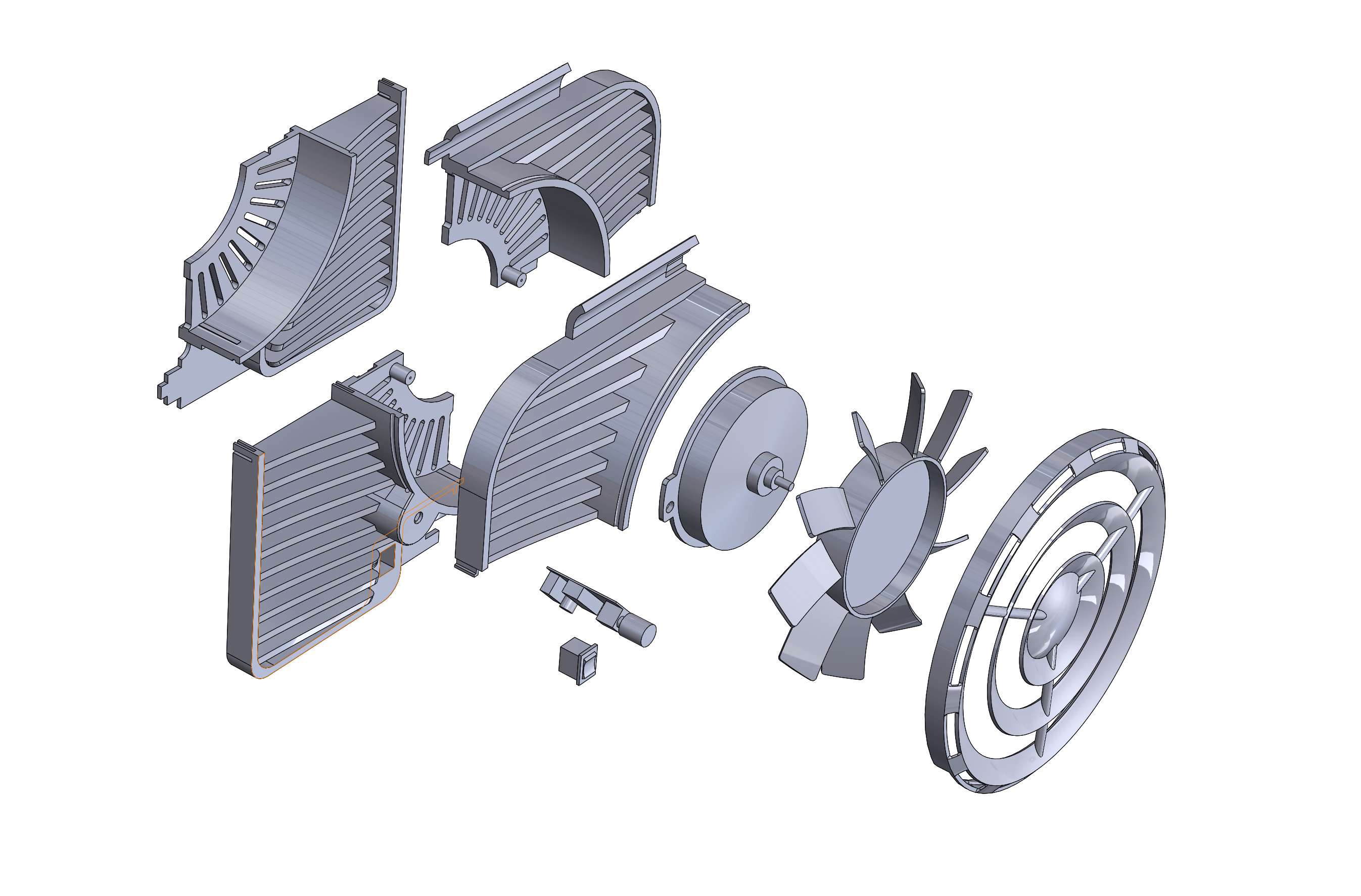 For context, this is where the fan goes. 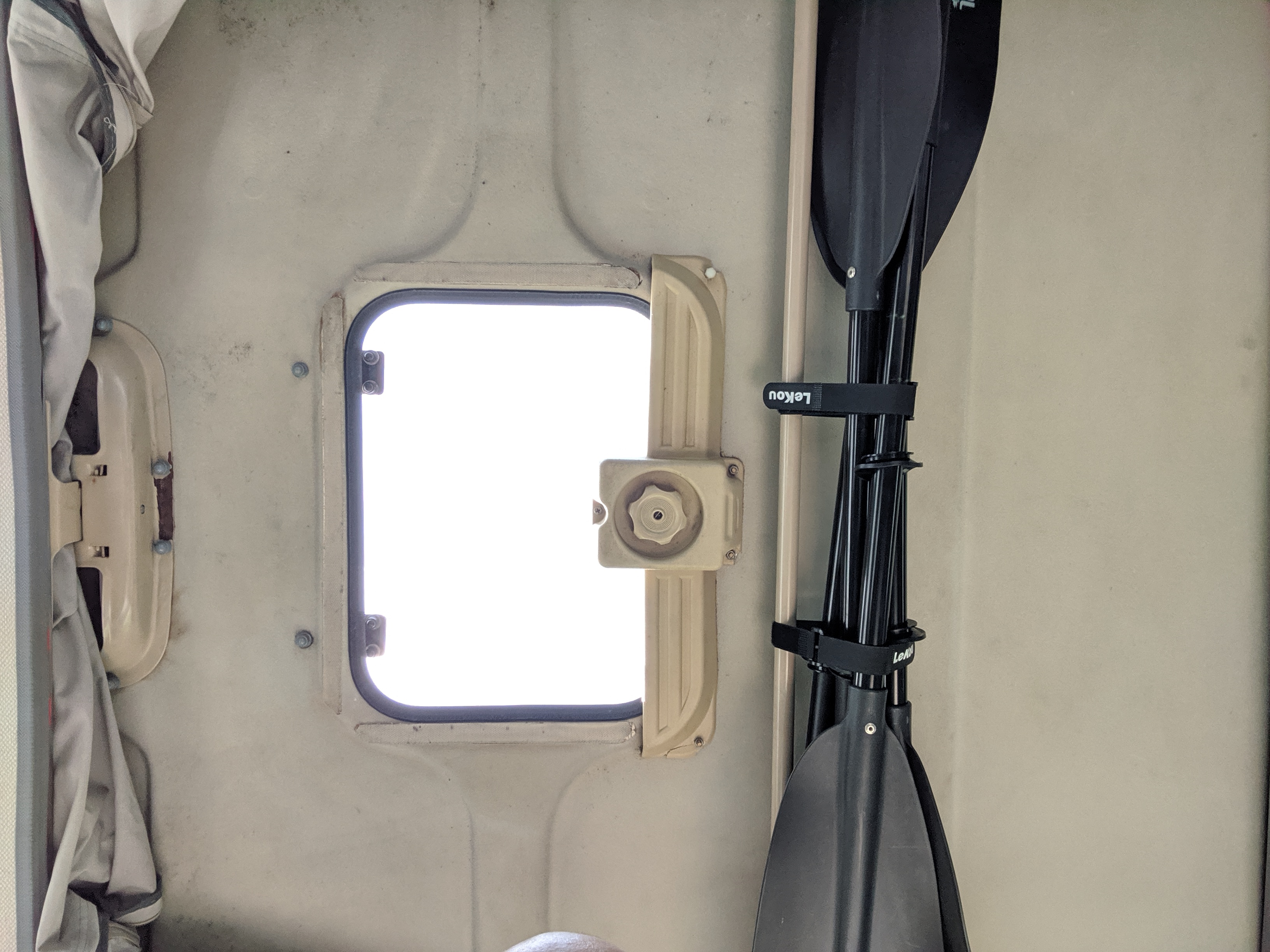 Window Crank, this is a short update. I’ve been working on this on and off for at least a year. I didn’t want to use any other parts so the entire solution is 3d printed. I made a couple of errors on this last build, but I think I have it all sorted now! You can see below how the new nob works. Simply cut in half and super glued together. 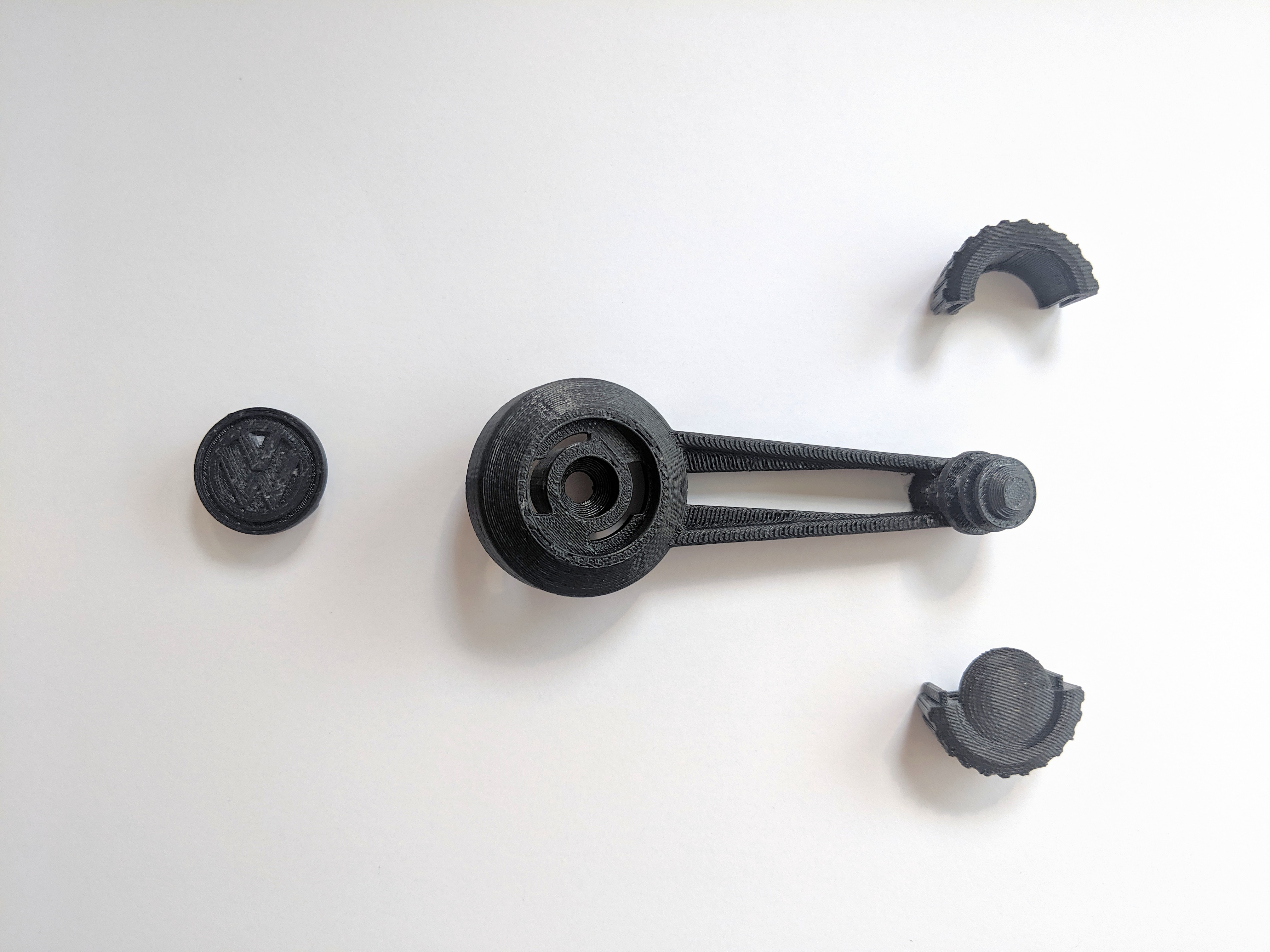