so people have been asking me if I’m flattered. yes of course i’m flattered. i mean i’ve been working on dport7 for a while now, working to get members and keep interesting content flowing from the bowels of this internet out post. it’s been said to copy someone’s appearance is the highest form of allegiance and i can do nothing but thank the young pop princes for adopting the new official hair style of the dport7 staff. it was risky when i took the clippers to my own scalp but the risk hold 10 fold for miss spears. people keep asking me if i like the fact that she’s showing the world her dependance on dport7 and i can only answer that i’m honored and “lucky” to have a member with such star power. if nothing else i feel as if dport7 will give the young mother something to share with her two young children. the site has been a father figure to confused teen princes of the past and we are proud to be the future foundation for the teen rehab stars of the next generation. if you boil it down i think we can all agree that i look a bit better in such a style but miss spears’s head may still be in shock. 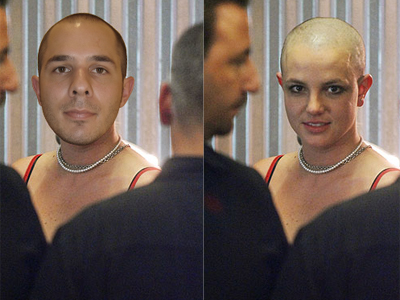