I start by saying your welcome…….. and I’m sorry. I know there is way too much buttFUZZ around here………
The thing is:
1. she’s crazy photogenic.
2. she’s got far too may qwerks and wackiness to go undocumented.

Todays qwerk is about oranges. Fuzz is fascinated by them while being completely repulsed at the same time.
As always enjoy.

As most of you know I spend most of my days like a turd sitting at my desk whirling thinks around in 3D. Today just to make me feel more like a turd I found this video. It’s supposedly the larges rope swing in the world. This would be amazing! Who’s in? Let’s go!
I have to apologize for the crap music under this video. Just turn it down the video is great!

I found this amazing video today that shows what goes into making handmade Louis Vuitton men’s shoes. Two things really impressed me about this video. 1: The number of stitching and pattern machines that go into making these things. 2: The amount of perfect hand work that goes into the shoe. Watch for the person that’s staining or gluing on the soul of the shoe. It would be sooooo easy to eff up the leather body by touching in the wrong place. Amazing…. This is why things cost so much. enjoy!

I saw a picture of this thing the other day and thought “uh another campfire thing, whatever….”. Today I took another look, went to the site, watched the video and was super impressed. First off the BioLite uses the heat from the little fire to (I believe channel the hot air into a little turbine) create electricity to power or charge a phone or anything else. The other part of the video that I found inspiring was the home stove they have created for emerging countries. It allows them not only electricity from their cooking fires but a safer way to burn those fires indoors. Watch the video below its pretty cool.

I also realized, now that I’ve become such a prolific camper. (see two post prior) I may need to invest in such a campstove just for fun. 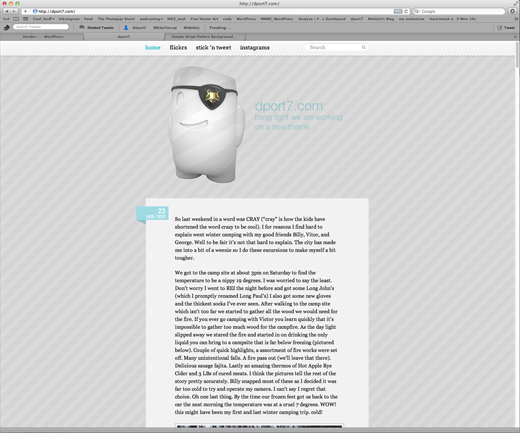