So I don’t usually post stuff from work be it that it is a top secret type area similar to Area 51. But, this nerd out is too big to ignore. Yesterday we received our render farm. In simple terms it’s a bunch of high powered computers I will network together to render very large images substantially faster. What you’re looking at is 10 12core Mac Pro’s. I’m yet to see but my guess a rendering that takes my single machine 12-14 hour to complete will be done in 30min on this set up. Crazy! 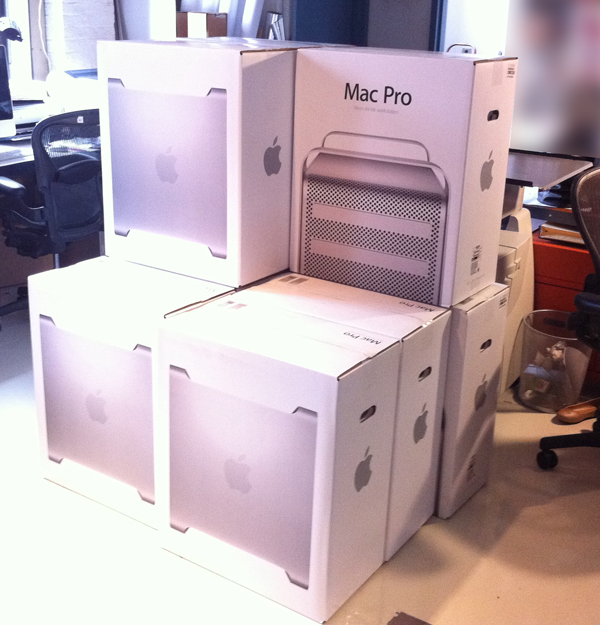 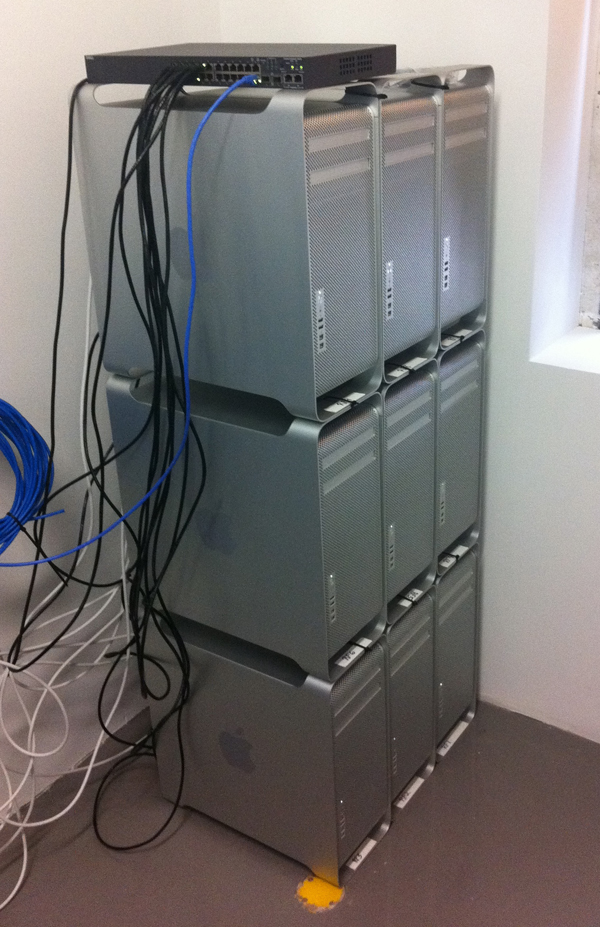 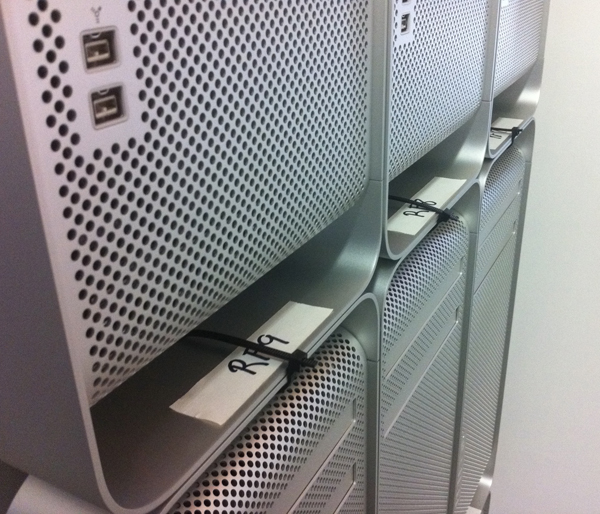 Did you see this on the interweb this week? I love it! Someone make me one.

:::Update:::
I just saw this little video and loved it to! Please enjoy I know you will. Good luck this week my friends!

So I was just out at lunch and tried this Mongolian BBQ. You fill a bowl up with stuff you want and hand it to these guys. Then him and his buddy walk around this big circular hot plate just kinda moving it around till it’s done. Check out how this PRO gets the stuff off the hot pad and on to the plate. He’s a master. I’m sure this is nothing new but I was impressed.

So this is certainly worth a mention. One of dport7’s most frequent contributors “The Jew” has gone the extra dport7 mile. Jon asked me a month or so ago to send him the 3D print of Turbo because he was interested in trying to cast him. Begrudgingly I places turbo in the mail to D.C. and Jon started on a casting journey to bring a 3 dimensional Turbo into your home. In true internet fashion he started a tumblr blog to help document the process. A few weeks ago I did a simple tumblr embed of his site right here on dport7. You can see his most recent 10 entries by clicking on TURBO CASTING in the menu. You can see the entire site by clicking here. Check it out it’s going pretty well. 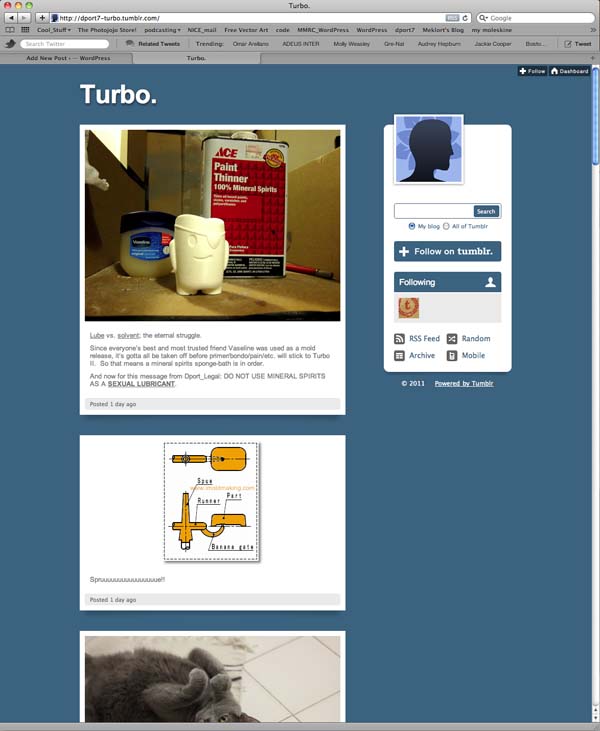 As you might have seen we where in Savannah this weekend. Some of you know Jenn and Martin and their hijinks. As it has been discussed I’m not a fan of that hipster ironic mustache crazy! So, Jenn wore her hipster mustache necklace, Martin brought a pack of fake mustaches, and Steph drew a mustache on a munny I had just to enrage me. Well, it worked…… well done!!! Rather than let them have the satisfaction of my rage I participated thus the pictures of me in said stache documented in the last post. We made a little video for your ironic enjoyment I hope you like it!!!