Hey everyone! Saturday was truly a great big dport7 surprise!! The wonderful KATE put together the first dport7 Short Shorts Party Pub Crawl!!!!! The dport7 staff got together this past year and decided that the SSP was going to possibly retire due to the previous year’s party nearly killing Paul. Kate not wanting to see a good party in the prime of it’s life fade away organized the SSP pub Crawl in secret! I was surprised at Sharleen’s by a bunch of our friends in short shorts to kick off the day. To be honest the day was a blur after that. Strangely enough we ended up at the office for a BBQ completely unrelated to the SSP but a great way to end a long, and I mean long party day. Thanks again the amazing KATE and JON and everyone that came by for the first SSP Pub Crawl. See you next year!!
There are more picks and more to come on my flickr 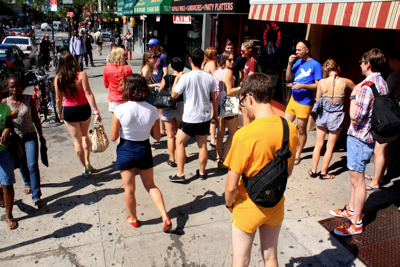 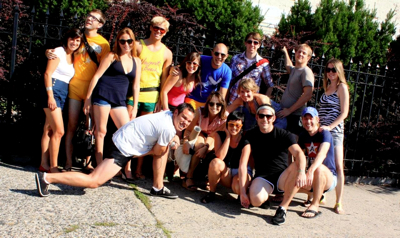 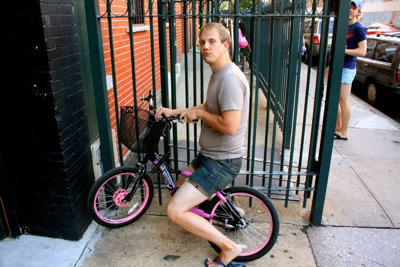 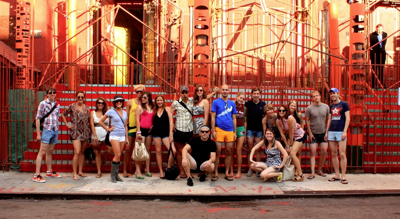 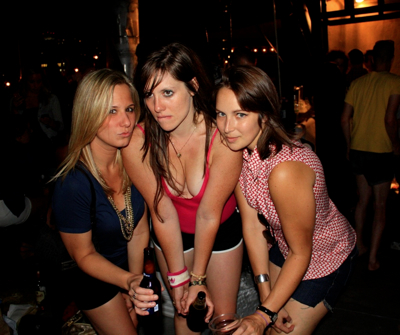 Here we are in Seattle!!!!! With Aaron Alison and puppy Bella. Got in late last night and had a beer and went to bed. We are headed into the city now! Check my flickr I’ll be posting all day. 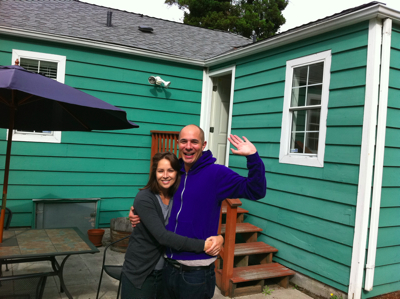 The end of the very short vacation is here. We both with it was possible to spend a week here and feel some real relaxation. Maybe in a few years i guess. Anyway the last 2 day can only be summed up with one word and that is beach. Friday we walked over to Jetties Beach is pretty calm. No waves at all really just how you would imagine a New England beach. This year kate was able to get me in the water. Which is tough because the cold coast water is not my friend. After a day at the beach listening to the “locals” tell there children how beautiful and smart they are we started our walk back the Century House.
After a appetizer and a drink we headed to 21 Federal for dinner. As you may have gathered from the name it was a bit more fancy than we expected. Not to be disappointed the food was great. I had the steak and Kate had the Pork loin and half lobster. After all that fancy time we then head to accomplish our island goal by snagging a cab and heading to the Chicken Box.
The Chicken Box was a kind of strange paradox. From the interior and exterior it seemed like a locals place. Somewhere the privileged kids wouldn’t even think to go. Long story short the band began to play and this junior senator looking kid white guy danced out on the floor took off is ribbon belt his buddies started to limbo under it. Kate then told me we had to leave before we both got in a fight… No one named Baby, we checked all the corners just in case.
Our last day was much the same except we rented a scooter and checked out some beaches with waves. Dinner at Dune sadly not so great.
We are sad to be back but you gotta work right? 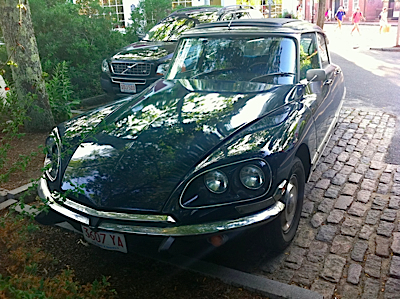 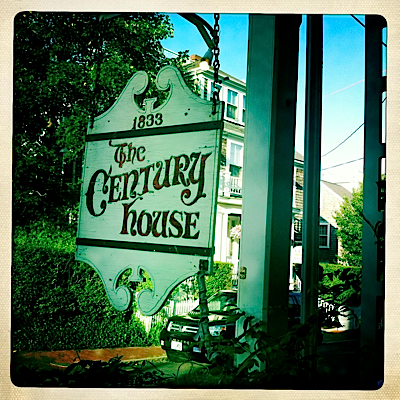 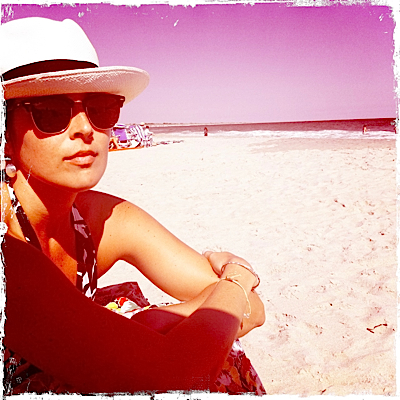 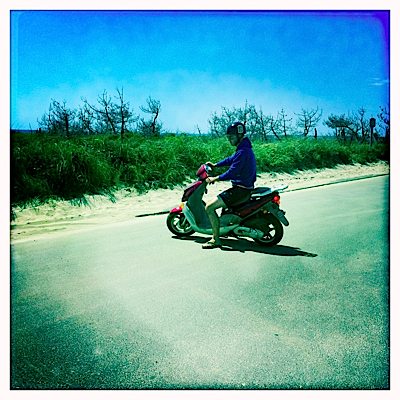 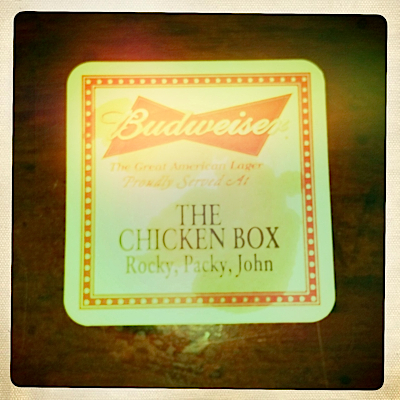 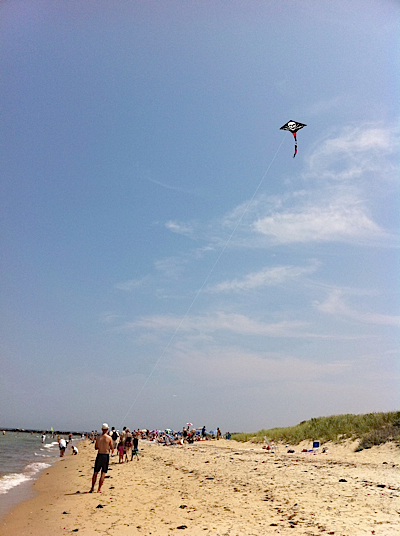 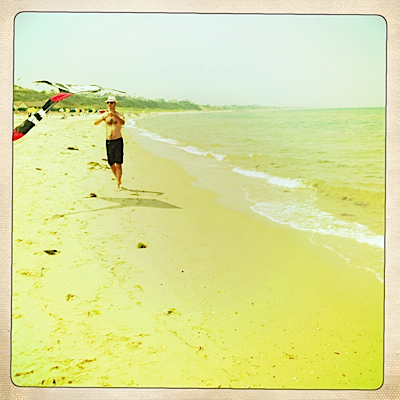 Don’t worry I didnt forget about you. Check this out, we were at the airport at crazy o’clock in the morning and the plane was delayed. Jet Blue is awesome and the free wifi in the terminal keep us happy. Once the plane boarded and took off i fell asleep and woke up in Nantucket only 5 minutes later than our scheduled time of arrival. If only JetBlue flew more out of LGA I’d never stray.
We couldn’t check in till 2 so we got a Lobster Omelet and a few Bloody Mary’s and tied to wait it out. A little advice if your at the Even Keel, they make a pretty good Lobster Omelet but they gouge you on the Bloody Mary’s just FYi.
We walked around the harbor where all the boats are parked and man oh man that just makes you feel bad. Massive yachts, where and how do people get all this money? Schools need to start offering classes on making more money. All this hand holding talking about doing what you love is a racquet. I would love owning a vacation home and a huge yacht my friends and I could sail round and party on.
After a thunder storm and and afternoon nap we went for a drink at the Club Car, and made some local friends. This part is kind of a long story. We met this lady named Donna. She has been here for 8 weeks with her son and was happy because she felt they had really bonded right before he left for college. Then the conversation turned dark. She had received a text message from her boyfriend on her way here 8 weeks ago. He wanted to break up. Kate made the observation that he was a coward because he broke up with her over text message. We all agreed and then went on to tell us all about him. They both live in Montclair although she claims that it’s “her town”. According to Donna Montclair is like a little Manhattan with the best restaurants in the world, many of them owned by her EX. This kind of talk went on for a while and Donna seemed to be getting less and less coherent. Recognizing this herself she decided it was time for dinner and made her way around the bar saying good by to the bar staff. Before she left as not to leave us alone in the bar she introduced us to her friend Trevor.
Trevor is a Scottish roofer that has been on the Island for 20 years building his company. Most of his roofing work is in the off season. From what we could gather the rest of his days are spent having a good time. Trevor was in his early 50’s married and had a daughter. He also knew just about every lady in the bar. There seemed to be a bit of tension between Donna and Trevor and at one point there was a slight mention of a Hot tub incident of which Kate and I couldn’t quite muster the courage to get into. I’m not certain but Donna’s exit from the Club Car seemed now to be directly related to the appearance of another women that we can’t remember the name of but was younger hand had long black curly hair. Presumably not Trevor’s wife. At this point I think everyone had had enough to drink and dinner was urgently needed.

Kate and I once again head to the Lobster/tourist Trap. Another great lobster dinner. check out the proof below. 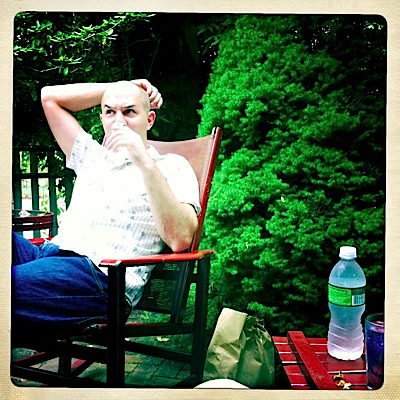 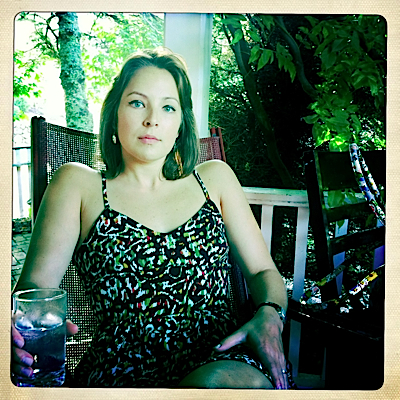 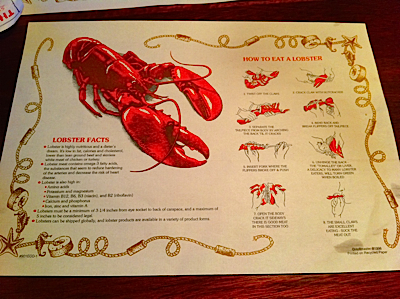 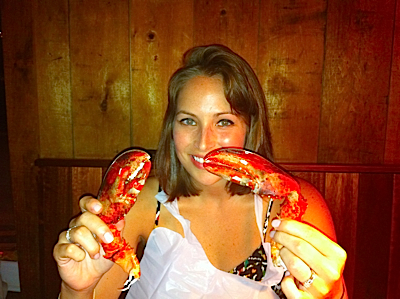 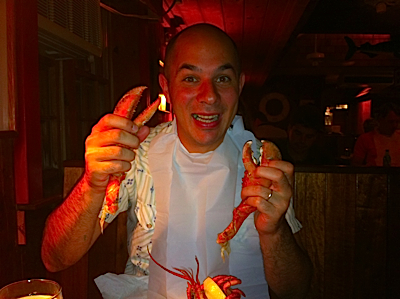 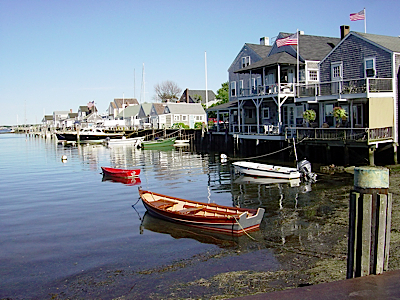