so i know this sounds crazy but it’s true I’ve started a second podcast, well or at least I’m trying it out. you may ask yourself “paul, how do you have time to do this?” well i don’t but by the power of multitasking i’m finishing up wedding stuff and doing a second podcast at the same time. SO! what’s it about…. well it’s a show about MADMEN. My brother doctor john only watches sports until Madmen came along and now he can’t get enough. He’s been calling me after the show to talk about it and i mentioned one day that we should do a podcast for it. john was excited for the opportunity so last night we did our first show. We know we are a bit late to the party this being season 3 and all but we don’t care. So pour yourself an old fashion or bloody marry or manhattan or hell straight scotch. light a cigarette lean back and enjoy. sorry for john’s mic for right now he’s using his laptop mic so he’s in a bit of a cave but we’ll fix that.

Oh btw, i haven’t posted a subscribe button for this yet because the show is still under approval by itunes. as soon as i get the approval I’ll make better cover art and add the show to the podcast page of the site. 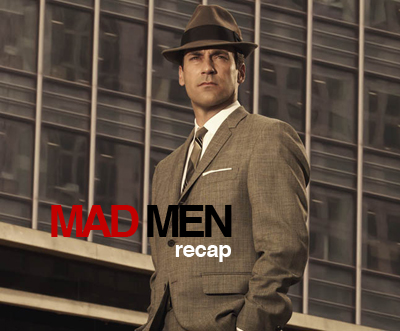 so if some of you are wondering yes kate and i still have buttFUZZ. it’s been a while since i last posted anything about the little guy mainly because ian swanson asked me to stop. I thought it was about time to give an update. we’ve almost had butFUZZ a year now and what a ride it has been. as most of you know we trained her to go in the toilet like a human and it really worked…….. for a while. then i don’t know what happen but all of the sudden she just didn’t want to use the porcelain anymore. then things got ugly.. she would hold her “business” for days and start to get crazy. then when we weren’t looking she would drop a surprise on the couch or the bed. after she let some liquid fly on the couch we had enough. the only choice was to go back to the box and we did. needless to say she is much happier. I mean lets be honest there isn’t an animal among us that isn’t happier when everything is flowing correctly. in honor of her more happy self i made a little video of buttFUZZ to share. so enjoy

so it’s kinda rainy out and maybe your feeling down with summer being over and all. i thought i’d post something kinda funny to help you feel a bit better about things. this might be the highlight of my week!
give it a minute to load

hello faithful. today i’ve posted a video that kate talks about all the time. this is with out a doubt her favorite nature video. we saw it along time ago and have been talking about it ever since. when you boil it down it’s yet another reason to watch out for monkeys. As we know they are uncommonly strong and on top of they’re dishonest booze hounds. Anyway i hope your all enjoying your holiday weekend i know we are.

i’m calling in the thousands that are the dport7 army for this one!!! our friend and long time dport7 member brian lauvray needs your vote! he is a freelance writer for this online travel website called Trazzler. anyway they are holding a competition and one of brian’s articals has made it to semi-fianls. What do we need from you? well we need you to do CLICK HERE and then click the green button that says WISHLIST. sadly you do have to sign in / create and account. although if your already on face book that’s easy and it takes a second… if brian wins it’s big money so rally people!!! see illustration below if confused!! 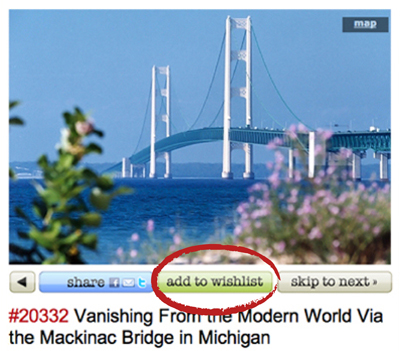