So if you haven’t heard dport7 has lost one of it’s most prestigious staff members. Ian Swanson shipped off this morning for singapore. Where the hell is that? you ask. Well it’s on the other side of the damn world pal. A 22 hour plane ride from JFK to Hong Kong then 4 short hours to everyones favorite spot on the Malay Peninsula. Ian pretty much sold, gave, and threw way everything he owned to move for a year to southeast asia. Why did he go? Well the Company we work for is opening an office there and ian was chosen to go over there and help build that arm of the business. i know what you asking. Paul what does this mean for my bottom line? Well, I’m losing my best friend here in NYC and with that goes my most reliable drinking buddy this means i’ll be reaching out to more of you in dport7 land to fill the gap. Maybe instead kate and i will build that life size paper mashay dinosaur we’ve been talking about. maybe I’ll start reading books, or finally finish my master degree, or re-stain the deck, or learn to sing dance and play a instrument all at the same time. no matter what i do kate and i are ganna miss that guy.
Anyway to send ian off right we had a going away party for him at Kettle of Fish down in the west village. I have been stricken with a cold so i couldn’t go full out party (which was heart breaking). A lot of people showed up (some pictures in frames) so it was a nice send off. Prof and alison came in from NC which was lovely. I took the opportunity to bust out the camera to make a well wishes video. If you were there and I didn’t get you on the video I’m really sorry. sometimes i get shy about putting people on the spot….. at least for the sake of video…………. Oh speaking of video, with ian leaving the final nail in the coffin has been thrust into dport7 flicks. Unless anyone else want to sacrifice a Saturday to shoot, this is the official end. kinda sad really.

happy Easter everyone! Just a quick update. my parents are in town for the Easter holiday and staying till tuesday. yesterday on a shockingly nice and sunny easter sunday kate my folks and i all went to the cloisters in upper manhattan. it’s part of the met and as you might have guessed is full of mid evil art. it’s easy to make a day out of the event and to say the least it was exhausting. Other than that it’s just been family time.
in other news tony ritz is back so start checking the site again!!!!!
::::::::update::::::: i posted some pictures i took at the cloisters in frames. 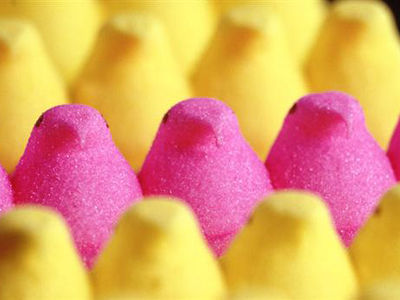 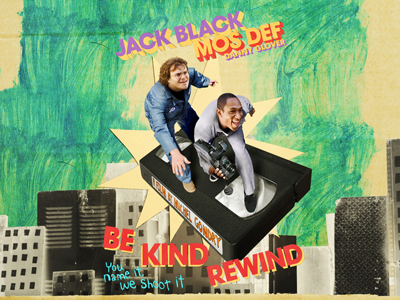 This was shocking! On Saturday we went to a winter time BBQ and after the food they broke out the Xbox and started up guitar hero. For those of you that don’t know guitar hero is a game that let’s you fake your favorite rock songs on a little plastic guitar with 6 buttons where the frets are and a toggle paddle where you would strum the strings. As most of you know I’m not a huge fan of video games, and by know means do I love playing guitar hero but I will give it an over all rating of pretty fun. Now this is where it gets shocking. Kate loves guitar hero. While ian and I played a few songs with some success, kate got into it and refused to put the guitar down until she beat each song she tried. She became kind of the ladies rep for guitar hero at the BBQ. The other girls gave the game a quick try and gave up, while kate played on. This situation was extra gratifying for me, because with guitar hero player now in kate’s past it takes one more step in evening the nerd gap. Is haveing your own web site nerdier than being a guitar hero lover? I think I know the answer and I wish it was guitar hero lover (but I know its not, damn.). Just in case you don’t believe me I got a picture. Sorry for the iPhone crap pic quality.

So last night (Tuesday) ian and I went out to see the last corn mo show before be goes on tour. It was at parkside lounge and for a Tuesday it was a really really good turn out. Corn Mo and .367 lover (his band) put on another killer show. I hadn’t been to a show since my birthday so it was great to hear some of the songs again. For as much as I blog about corn mo I’m disapponted I haven’t been able to convince many of you to be fans but, check his web site and if you live in Texas make an effort to see a show you won’t be sorry. 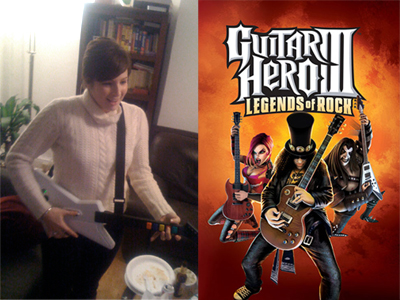