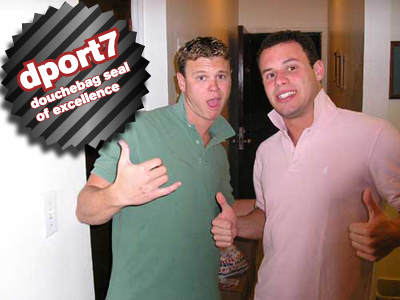 so for an end of week surprise i have this little nugget of content for you. the other day i got a email from apple showing how to make icons for the iphone and iPod touch. so because i want you all to check the blog no matter where you are i created one for your favorite site. “that’s cool paul but how do i get it?” well on your device go to dport7.com. chances are if your reading this your already in the right spot. now all you have to do is hit the + at the bottom of the device. it will ask you if you want to “add to home screen”. hit that button and your on your way. you can name it anything you want or leave it as is. All your friends that have become a bit disenchanted with you pulling out your iPhone all the time will instantly forgive you when they see your checking up on americans number 1 website for news about paul. i hope your surprised and you like it.

oh man so what happened to this weekend, you ask? well it was presidents day so i’m guessing everyone went out dressed up as their favorite president from american history, and got crazy. I know i did. That’s right i, dressed up as Martin Van Buren president of this great country from 1837-1841 known for being a “snappy dresser”. you might be saying to yourself “paul, how the hell did you pull that off. Van Buren at best he was 5 feet 6 inches tall. You tower over that height you must have looked like an ass. Indeed I did. lessoned learned.

in other news i’m a proud owner of a new MAC. with some help from Rebecca and some kindly donors including myself and others. i finally after years of waiting bought my mac pro. It’s great, it supplied the new rendering that’s currently the banner here on the site. With it’s ability to run windows it makes it possible for me to do all my 3D modeling and rendering in one spot. which is great. the first thing i did was to model myself a mount for my iSight camera. The current apple displays don’t come with a built in webcam so i wanted to hook up the apple iSight i used with my laptop for some years. the thing is, they don’t make the iSight anymore and finding a mount to attach it to my monitor posed a problem. finally my years of modeling came in hand in my home life. I quickly fired up solidworks, copied my old laptop mount and customized to fit my new display. i had to go into work to finish some stuff up on saturday night so i tossed the file in the printer and in three hours had my very own one of a kind mount. i know this may be a bit nerdy but i thought it was pretty cool. for the past couple of years all the models i’ve made went no further then rendering. it’s great to make some thing i can actually use. i posted it so check it out. 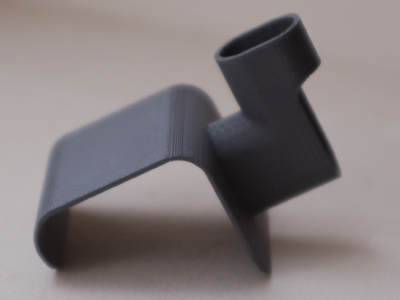 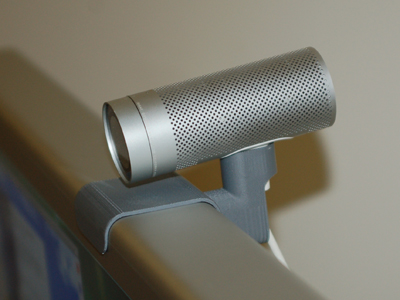 hey everyone I’m sorry for skipping a week. things have been uber busy and i’ve been feeling beat. the last few weekend have been spent at work and I’m not as resilient as i used to be. a few years ago i never had days off but over the last 2 or three years i got used to weekends and now i’m kind of a wimp when i work through them. sadly because of all this i have very little to share. having this weekend off just resulted in cleaning my apartment and resting as much as possible. kate and i are hoping i have some of next weekend, because it presidents day weekend and we both need to get out of the city. the grey winter weather has left us both feeling dead inside and it would be nice to get out of this environment for even just a day. where are we going? being that we decided late we are thinking about taking the LIRR out to Montauk. come to think of it we were supposed to fly up to Vermont to see DR phil and DR leena but they have been MIA both from kate and i.

I’m sorry i was rambling. anyway to have some sort of reason for this post lets talk about a movie we snuck in one saturday night. there will be blood , nominated for an oscar stars daniel day lewis. set in the late 1800, it’s about a man of that time discovering and buying up property with oil on it and mining. It has much more going on in the story than that but that’s the over all plot. Lewis’s character is one that at the core is damaged and lonely. Its like life beat him early on (something we do not see) and his only recourse is to spend the rest of his life trying to beat it back. this makes him hard and angry. his only sign of humanity is his adopted son that loses his hearing in a drilling accident. the movie goes on the show his great success in the oil industry, combined with is continued decent from personal life happiness. much of the movie is played out with just a soundtrack and little dialogue. the times which dialogue is used it is delivered with a thunder strike that is the tone of Lewis. in short the movie was really made for me by the last scene where Louise’s character completely loses it. I give it 2.5 stars as it’s a bit heavy for my little paul brain.

this just in Kate has started a band new blog!!!!!!!!! she discontinued her old one “my life” for a new more fashion based “K8 says” this one will not discuss kate’s life but only talk about her feelings on fashion. i’m excited so check it early and often the first post went up today. hey kate!