it’s like saturday was a dare to have a good time. it was an all star group of myself, tyson throne, ryan (last name unknown), ian swanson, and andreas anderskou. we ventured into new jersey to hunt down a good time with promises of go carts, beer,driving range, bear mountain, go carts, paterson falls, squeeze, go carts, hindenburg crash-site, and many other locations. Although we only really made it to a driving range, taco bell, several bars,two go-cart tracks (one that sucks and one awesome one), and paterson falls. The driving range was mainly kinda exhausting and embarrassing. none of us really golf although we could hit the ball pretty far. being stupid young men we all got a jumbo bucket of balls and went on to pull every muscle in or upper bodies. next was the first go-cart track which was in a family fun center that played awful music and had really slow awful carts. we decided to ditch the slow carts and head to Velocity 17 (imagine a thundering god type voice in your head when you read that) Velocity 17 is like a pro go cart track where the carts go like 35 miles per hour, and trust me in a vehicle that small that’s really fast. Being the tremendously bad driver that i’m i spun out around every corner. Then paterson falls. This was a detour tyson took us on to see (what he said) was the second largest water fall in the nation (not true). either way it was kinda impressive and the only place i got any real pictures. knowing how much you all love videos i took a bit at the falls for you. after all this fun, hitting hoboken bars was the only thing left to do so we’ll end it there.

all that build up can be a dangerous thing…… i know i got a bit anxious when new york magazine predicted SSP07 was going to be the biggest party of the summer. well it turns out the expectation were right on because this years party was just as good if not better than ever. the weather couldn’t have been better and the budweiser couldn’t have been colder. short shorts far out numbered the pants and as far as i know everyone had a great time. i want to send a big thanks out to those of you who have made it the past three years (you know who you are) and all the first timers that threw caution to the wind to wear short shorts out in manhattan. of course a special thanks to everyone that came in from out of town for the event.
As you may know the party started at around 9:30-10pm and went to the wee hours of the morning(4:30am). as i sit here trying to recount the nights events i find it hard to tell. an event of this magnitude it difficult to describe. so i’ll say check out the pictures i have a special link below, because I’m starting a short shorts party pictures section where you can look at pictures of the last 3 years. So far I just have 07 up but the other years will follow shortly. the winner of the ssp was a tie. Sara won for shortest shorts while kate won the spirit award for hardest partier. Jon (jew) won for number of naps taken, and tyson won/lost for tightest pants. other than that thanks again everybody i really had a great time! please please please if you have pictures send them to me and i’ll put them up. 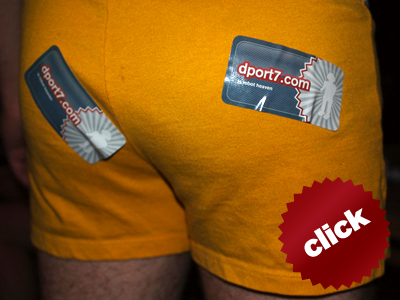 with the city such a buzz about the 52 annual dport7 Short Shorts Party it’s become hard to go out in public. everywhere i go people are clamering for invites and information about the party where it’s at and when they can show up. lucky for you your smart enough to come to the site. click on the link below for all the information you’ll need to rock the hottest summer party in town!

in other new i went back to defiance ohio last weekend to see the family. it was my grandfathers 90th birthday so kate and i decided to fly in for the occasion. long story short it was great to be involved in such a big birthday, i get culture shock everytime i go home and my parent are farming kittens i think the offical count is 15. I took a few pictues right before we headed back for the airport so you could all se the desolet area i came from. i’ll throw them in frames. this is a shot of our run down barn just because around brooklyn you don’t see a barn everyday.
oh just a quick work of advice don’t fly NWA they are for lack of better words assholes! aparently their solution for someone that has been waiting in line so long they’er going to miss their flight is “yeah i can’t help you….. sorry” and “yeah….. my shift just ended when you walked up to the counter…… good luck” wow with customer service like they should write a how to piss off customers handbook….. not cool 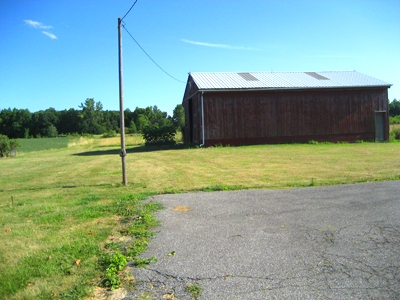 the last week has been so jammed pack I can’t even tell you. my mom and her friend were here from friday to today so i had to be on my best behavior and try my best to be entertaining. the other big news as i also mentioned before was jenn was in town. it’s been years since i’ve seen her and she is better than ever. we met up for drinks and to see assscat which is an improve group with amy poehler from snl. it was GREAT…. i need to get tickets and go again.

In the BIG news of the month the dport7 Short Shorts party invites went out last week. the city is already swelling with excitement and the local press has ran away with the story predicting that this will be the largest short shorts party the city has ever seen. it’s a new roof top venue this year. we are having it on the roof of my current office where there’s lots of space and fun to be had. let me know if your excited about the event and planning on coming so i know how to plan. don’t be afraid to invite your friends. well as long as they wear short shorts….. to add excitement to thing we have several out of town special guest and you folks know who you are…spread the word. 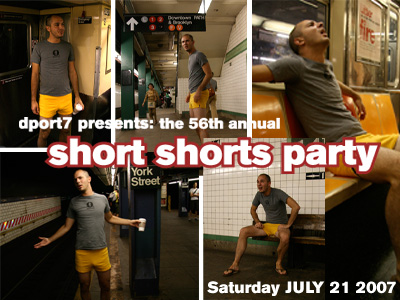 so it 7-7-07 and i feel as if i own the world a post being that this is dport7. although there’s not a whole lot to report. my mom is in town with her friend and they wanted to go see elise island. being that it’s vacation season we spent much more time waiting in lines then seeing any sights. that said it’s 9 pm and i’m exhausted. I can’t stay in though because my good friend jen norwood is in town and we are going out on the town so she can enjoy nyc; i’m excited!!!!!. I’ll tell you how it goes. 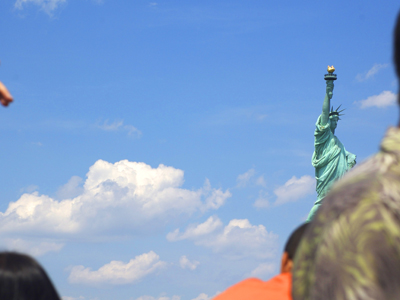 happy 4th of july from dport7 everyone
so today i woke up early (because i’m crazy) and went down to the fifth ave. apple store to checked out the iPhone. as you all know it is amazing. the screen is like a dream of endless ice cream and kitten (for those of us that aren’t lactose intolerant and like kittens). it’s so sharp it doesn’t even look like a screen it just looks real. everything else you might have heard is true it works flawlessly and even the typing isn’t too bad although i had some frustrating moments few times. the part i was most excited to see was how dport7 looked on it. i was impressed to say the least. the site comes up in all its glory and just tapping on the text zooms in to fit that area to the screen and it so easy to read i caught my own blog spelling errors. i was excited to go to the frames portion of the site to see if the picture magic thing i installed early this year worked. my jaw dropped right to the floor when IT DID. for all you secret computer nerds out there this was huge. i was a little surprised though that after probably 15 minutes of standing there playing with it i wasn’t dyeing to throw my $600 at the sales person and run out the door with it. it feels as if it could do so much more. most of the cool features on the device use the internet and with AT&T’s edge network being so slow i’d be relegated to using it in my living room on my wi-fi network sitting right next to my laptop. before i throw my $600 at a iPhone i need some 3rd party FTP apps for loading pictures to the blog and a data network (edge) that doesn’t blow…. although it’s still hard not to run back there and play with it one more time. 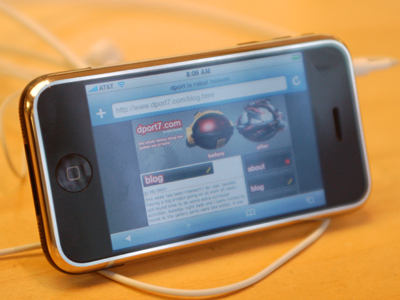