as most of you may know I tend to be just a bit on the compulsive side. for over a year now i’ve had it in my head to buy a road bike. i guess road bike is the wrong term for it. You know you see those bikes that seem to have nothing on them. super thin frame and one gear. that’s what i wanted no frills just frame, wheels, handel bars, gear, and maybe breaks. So last weekend we were walking to park slope for dinner and i saw a littel bike shop. I went there today and the guy was cool. he told me he didn’t have a road bike for a guy as tall as me but told me a place that did. i walked deeper into park slope and found a super hot road bike store called R&A Cycles inc. . they had the real shit man. tons of nice bikes. I asked a guy to show me the road bikes and just like before the ones he showed me were over done and ugly. Then I told him what i wanted and he said. Oh your looking for a track bike. OH man the track bikes are hot. he took me to the back room where they’re kept and they were thin and cool. i don’t know how to ride a track bike, being that they have one gear no breaks and no coast. he then pointed out one with breaks and a fly wheel. there it was my matte gray beauty. i bought it like a mad man and took it straight to prospect park. i then road till I got dizzy. after a quick break found a coffee shop with wifi and now I’m here. wow.

went to a BBQ last night at nice pictures in frames and slide.
let’s just hope i have this bike for at least a year before it gets stolen. 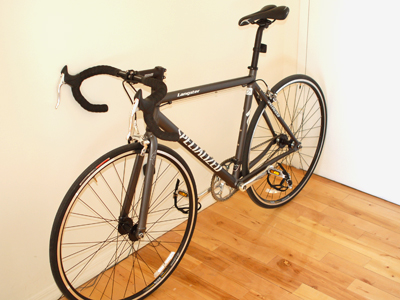 so i was going to write a post about how my inability to spell correctly is destroying my life. then i sat down at the table and took a look at the house fish franklin and he had the largest string of poo hanging out of his fish ass. I thought that might be more interesting then complaining about my short comings. 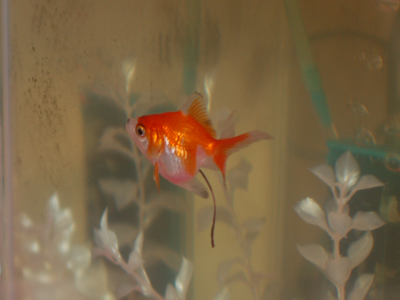 So this weekend was our visit from john (my brother). We had a great time even with the shitty weather. but like any visit there’s just not enough time and energy to do everything. while i was at work on friday john took on the city and won. from what he told me he almost walked the entire length of the island of Manhattan. went to the espn zone, and even saw a play. saturday was the yankees game it was the coldest baseball game ever played and sadly we had to leave after the 5th inning because it was soooo cold. then off to see kate for dinner. sunday was a shopping day where john pick up some jeans for cheap and the off to dinner in brooklyn with ian. wow. too much. so i used youtube to post a video we took at cup on saturday night. for some reason we all got in a slap fight and of course i was in the middle. john took lots of pictures and I got them off his camera so I’ll post those soon in frames and slide.

ladies gentlemen and dport7 faithful the day has come. Tomkat has pushed out the first cruise made sciencetology super avenger. the name you ask? Suri. No it does not mean “glib” in sciencetology speak. It’s hebrew for princess. you know it’s weird with this out of the way i feel as if I can go on with my own life. pursue goals and aspirations that until now just seemed unimportant (next to the birth). I guess when i look back at all this some day i’ll wonder why, but right now the smile on my face and the relief in my heart is enough to make it ok.
In other news (that is real). my own brother john diehl is on his way here tomorrow for a fun filled visit. i can’t wait, and for all of you in the nyc area this is you chance to meet and great doctor john. he will only answer medical question that pertain to injures received a monster truck rallies….sorry.

happy easter every one from the staff at dport7. Right now I’m standing in the akron canton airport rushing out a blog before the plane takes off. I took a lot of pictures and enjoyed the time with the family. i will post every thing in frames and the full trip in the slide section. it’s always a bit of a shock to leave new york and spent time back in the midwest. each has it’s highs and lows. to be honest it’s two very different lives and i think to full enjoy either one you need to experience the other. I’m exhausted but refreshed in a way. back to the crazy nyc grind tomorrow. 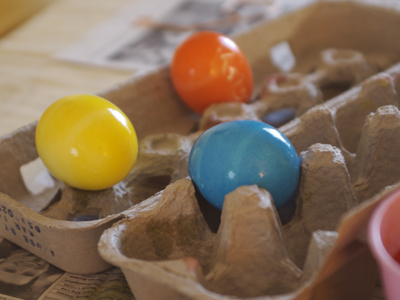 oh what a week lots of work late nights and a general feeling of not being very smart. hey that’s life. today I’m off to OHIO to join the fam for easter. I know it’s strange to see me go anywhere especially home but it seemed like a good idea at the time. Although with the amount to do at work I should probably be there this weekend. I’m taking the D50 with me and going to try to do some documentation of the trip. For you john diehl fans out there he will be intown next friday unfortunately he will not be at the easter festivities. Oh I got a hair cut last week check it out! 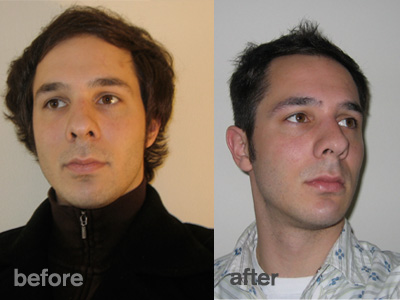 so i know i’ve been slack on the posts as of late but things have been busy at work. this past weekend was a bit slow just a visit to prospect park and the movie friends with money. the highlight was my good friend jon hildenstein stopped by for taco night. yes indeed sunday night was taco night. oh has katie holmes giving birth to that alien l ron hubbard baby yet?

quick friday update: first off big news in the world of paul. Only a few months after i got my dell working with everything I need apple releases boot camp. boot camp is a boot loader that allows you to boot windows xp on an intel mac. huge step, really excited. next, dport7’s own kate has started a blog of her own. Check it out I’m a big fan and so far she seems really into it. lastly dport7’s brother john diehl has a blog that is rarely updated and never commented on. so if you get a chance stop by and leave a comment asking for more postings. ok with any luck i’ll do something fun this weekend so i’ll have pictures to share.

so i’m hanging out alone this saturday night. mainly because i needed to clean the apartment and i’m also desperately trying to get over a cold that has been plaguing me all week. Today although was another push for spring. It was warm this morning so kate and i went to the park but 10 minutes after we got there it started raining. which was sad but it was nice just to walk around a bit without a big coat on. No wanting to just go home we went to the brooklyn museum and check it out. Huge building not bad art inside. Some cool features like you could walk through the storage archives. other than that had a burger and updated the frames and slide. also realized i need to join some sort of club or sport so i can make some more friends. 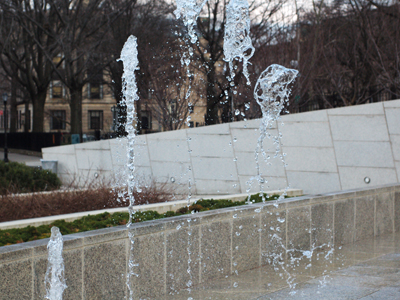