So last night Kate and I went to see Wilco at summer stage in central park. The most impressive thing is how much the lead singer Jeff Tweedy sounds like the album. Its as if they record their album and never touch it in post. Just amazing. The only thing I found a bit off putting was that most of the songs ended on a full out jam session. Now don’t get me wrong its good but sometimes songs need to just end.
We really had a great time.
It was kinda funny we were standing next to some friends and had no idea until she got up on her husbands shoulders to not only see but rock. Crazy!
I can’t help myself I took a little video for you so you can see what it was like.

So last night we yet again broke out the poncho’s for a concert. Much like All Points West of 2008 Kate Megan and I stood in the rain and did our best (well kate tried a lot harder than Megan and I) to have a good time. We saw the Decemberists at the band shell in Prospect Park. I, in a move that could only be called stupid took the B Train to Parkside and walked across the entire park in the rain no umbrella. Kate and Megan got to the show early and tried to set up camp but the rain was a bit to persistent. I snapped a few pictures for documentary sake.
BTW, We got another screen printed rock poster with date and venue to add to our collection so thats cool. 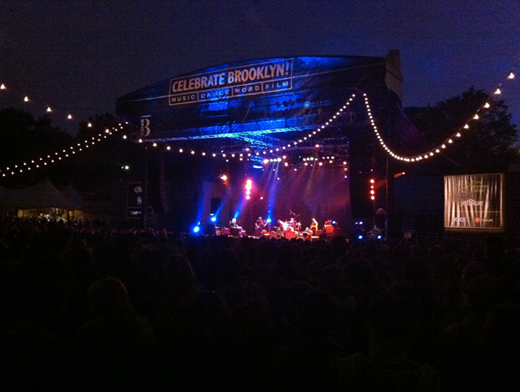 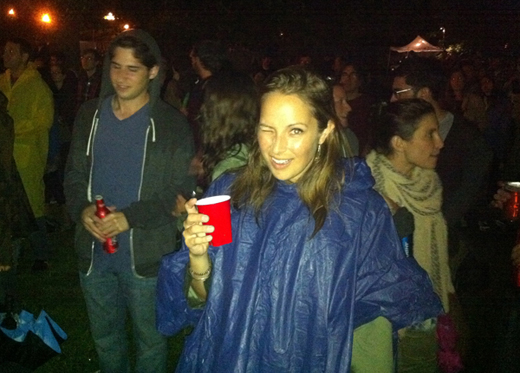 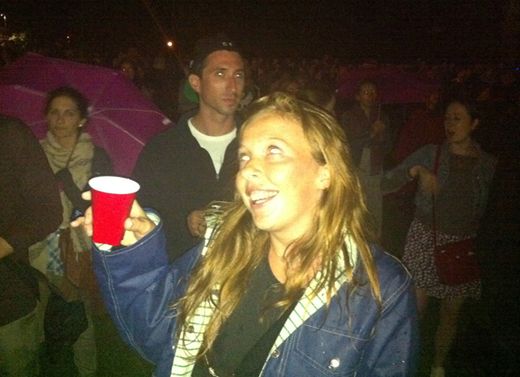 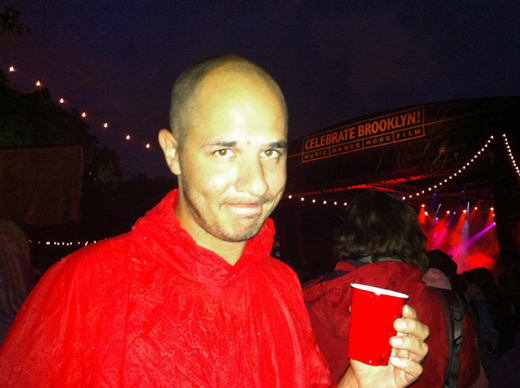 So remember a few posts ago when I was talking about the New Pornographers show Kate, Megan, and I went to? Well if so this is amazing. I was saying how tired they seemed and how Neko Case had a melt down. Well it turns out we weren’t the only ones to notice. New York Magazine heard about it too, and put it in their weeks Approval Matrix. I was able to find it online and posted it here for you. Click on the image for the entire Approval Matrix. 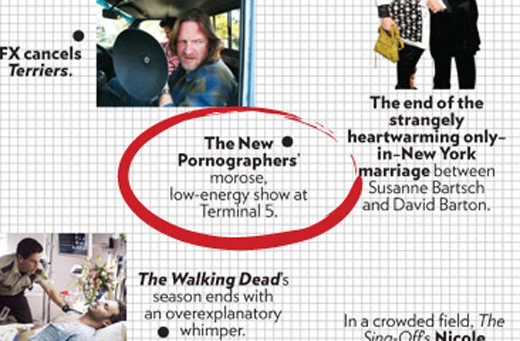 So on Monday Kate, Megan and I went to se the New Pornographers…….. again. I know we just went a few months ago but this show just kinda popped up so we thought what the hell. It was all going ok till the female lead singer Neko Case had a bit of a on stage break down. After what was maybe the third song Neko announces to the crowd that the band is off to London tomorrow and it is very possible they are all going to “die”. This seemed strange so she went on to explain that things weren’t going so well. She’s recently turned 40 and in the past few days her house caught fire, her boyfriend broke up with her and she got in a car accident. This I think would give anyone the down charlies but to announce it on stage was a bit of a bummer. The Drummer pipped up and announced that if Neko thought 40 was bad she should try being 43. Apparently when the drummer turned 43 his dog died and he was no longer able to make his house payments. YES, this was all on stage. Needless to say no one likes a debbie downer and this was the equivalent of taking a no fun dump on the entire show.
It was clear the band was tired and this show felt like a difficult end to what seemed to be their american tour. They still sounded good it just seemed as if they were rushing through the songs a bit. I can’t blame them for being tired. In a way i feel a bit of lesson learned. Never go see a band at the end of the tour and except the energy level to be at the max.
As always I cut together a bit of video from the show for the dport7 records. Sadly I didn’t get the melt down on tape. Maybe next time.

On Monday night Kate fulfilled a long time dream of seeing one of her favorite Musicians Aimee Mann in concert. I was along for support as I haven’t listened to much Aimee Mann and thus not a qualified fan. The show was at a smaller venue in Williamsburg Brooklyn called the Music Hall of Williamsburg. It was completely sold out as Aimee seems to have a rather loyal fan base. I recognized a couple of songs, one of which is in the second half of the posted video below. One thing that was very impressive was how well Aimee sang. She sounded as if they were playing a recording under her. I can’t say I didn’t enjoy the show it’s always great to see someone that is so talented even if it isn’t your not a huge fan. The video below is more for the dport7 record than anything else so if your not already a fan I’ll warn you it’s a bit long.