hello dport7 faithful! I miss you. I know the last couple of months/year has been post light but i want in my heart of hearts to change that.. Although life won’t let me. The wedding is (as it should) taking up a lot of my time. (watch you mail box for the invite in the next few weeks). then work is whipping my ass like i killed it’s dog in a drunk’n rage, (which i didn’t do) didn’t get out before 10pm all week… So in an effort to win back a few readers i POSTED THE SSP PICS!! along with a link to jon (the jew’s) personal photo page. So please relive it and enjoy.

next let’s take a step into the way back machine and talk about the movie tron (nerds rejoice).. When i was a kid there was this freaky disney yes disney movie called Tron. If i remember right it was bout this guy that some how gets trapped inside a video game. really dark but visually kinda cool. big john diehl and i were fans… well the big scene from that movie was the moteercycle scene, epiclly cool and remembered by all. Well it turns out that in hollywoods infinite wisdom this year is the year for the sequel. I’ve posted the leaked trailer here but to be honest i’m not sure if all the cool new CG makes it that much better. i also posted the old trailer to help explain things… anyway you decide.

off to all points west, I’ll try to post about that soon…

you know the more i think about this the more embarrassing it all is really. why in your right mind would you throw a short shorts party? i’ve been trying for 5 years to come up with an answer to that question. another good one is why in gods name paul would you post a picture like the one you’ve posted below???? none of this look good. well as i struggle with that let me fill you in on SSP09. First off if you didn’t make it where the hell where you? I mean Lauren Conrad from the Hills was there (lie). We had another great turn out and i think a great time was had by all… As always some were over served and some dared to show up in long pants (in a world of shame). Megan Trinidad was the official winner this year. shown below with the white spandex shorts with handprints airbrushed on the back. although altogether off putting he won in the popular vote against many fine contenders…. Listen lets take a moment to be frank… for those of you that attend the party.. I put 3 girls in the running and not one came out the winner…. guys please this is starting to look bad…. next year lets not vote another male winner it sends the wrong message about the party. none the less congratulations to brian you wear it well my friend… Anyway a great big thnaks to everyone that showed up this year i had a great time…. who knows maybe we can keep this thing alive for a few more years…… I’ll try to post more pictures soon!!!

It’s that time of year my friends… SSP09!!!! the invite is out (Although i’m having trouble with the mass emailing so pass the word around!!!) anyway it’s ganna be the biggest party in NYC so be sure to make it part of you social calendar because if you don’t all the socialites will be laughing at you…. Don’t forget this year special guest lauren conrad from the hills!!! ok that’s a lie. but it’s ganna be fun!!
click on image for all the information!! 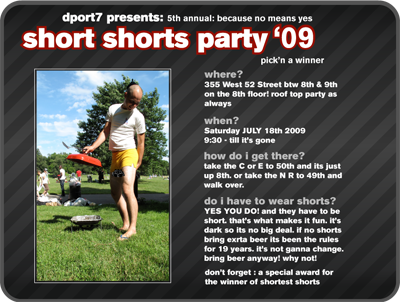 Well friends it’s that time of year. The weather is warm the city is teaming with excitement and your favorite party of the summer is gearing up for the biggest blow out EVER!!!!!! That’s right it’s SSP09. bigger and badder and more out of control!!!! The word on the street this year is enchanting. People wait all year for this party and friends it is finally here!!! Paul what can I do to help? Well that’s easy just spread the word. Ask your friends if they got the invite and if not send them this link right here Save the Date. Watch your inbox in the coming weeks for your invite along with more information about time and place. It’s everything you’ve ever dreamed a short shorts party could be. Oh and more.

::::update:::: I’m having trouble with my mass email service so if you got the Save the Date please please please pass it on so everyone sees it… I didn’t forget anyone the damn intertron is to blame!!!! 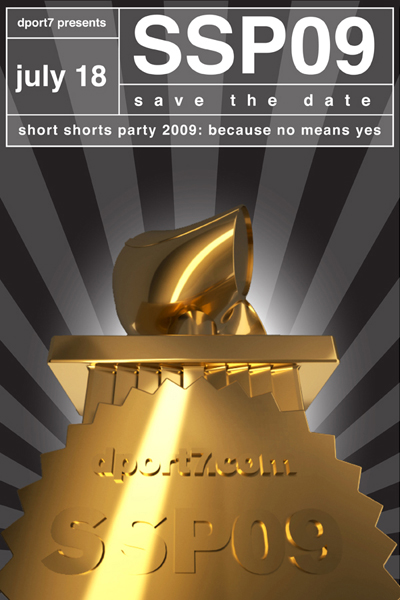 Oh faithful let me apologize i have been negligent to you who i love most. the thing is that life has exploded with busyness and responsibility. I still haven’t had time to post pictures from SSP08 but with any luck I’ll have a bit of time on sunday. at least thats the hope. In other news i wet to see The National on monday night. I don’t know if your a fan but I have to admit they were really pretty good. the lead singer started out a bit rough but a few songs in he found his sound and really nailed the songs from then on out. What else you ask? well there was a lovely rabbit’s foot in there some where. Kate’s parents came for a visit, kate had a big birthday, that’s 25 folks. (she got a new black iPhone). Ian went back to singapore. This weekend i head to All Point West. It’s a big band fest in NJ. With me luck i don’t think it’s near camden so i should be ok. 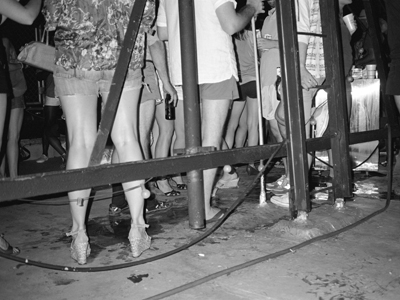 thanks to laurea and david for the photo 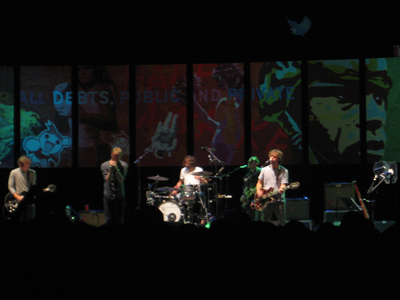 The Dark Knight………… Well as most of you know I’m not a comic book fan what so ever. i feel as though this new generation of comic book movies has been ripped from the trembling hands of nerds to be a bit better. Although don’t get me wrong even in this new style the nerds still get their due. over all the Dark knight was a good movie. As you may have already heard Heath Ledger does a respectable job as the joker. Christian Bale is a very convincing batman and more realistic Gotham City is quite engaging. Here’s the things kate and i just couldn’t figure out. 1. Why in god’s name do people continue to live in Gotham City? Ok Maybe it has great restaurants and bars. The reconstruction industry is obviously booming with all the destruction, so jobs are abundant. Is it worth it though? 2. Why is it that when Batman talks he sounds as if he’s been smoking and screaming for 6 hours. I know it’s suppose to disguise his voice and make him sound tough but come on it really just sounds as if he’s an anxious chain smoker. 3. Why, when batman is depressed does he stand atop the tallest building in town? With that said how does he get up there. He doesn’t have super powers (can’t fly). This means that in the evening, he’s driving into town in the bat mobile, parks in the garage, then sweet talks security into letting him take the elevator to the top. If your asking me that’s just a little more than embarrassing. Don’t get me wrong – none of these questions are deal breakers for the movie it’s just some unanswered questions.

In other news i went to post some pictures from the SSP and my iphoto is a bit more than deficient of shots. I putting the the call back out to you the faithful to send in some more shots i can use. Bight thanks to those of you that have already sent in. Sam, Jon,and Steve. i need to so through and pick some of those out for official posting. Either way thanks again everyone for a great time. 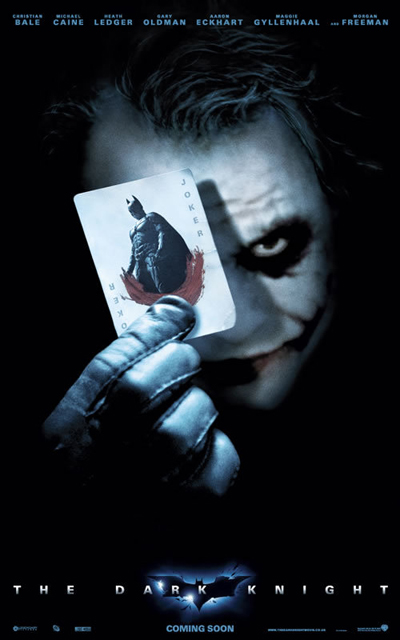 It’s official dport7’s SSP has become a New York City summer party institution . I remember when it was just a few people on the roof of a Hells Kitchen apartment standing in Short Shorts having a few beers. Now it’s a full on city wide party with nearly 100% participation and at least 70 people in attendance. This year took the party to the next level by adding the award for shortest shorts. this years winner was Mr.Kevin Hasselwander who showed up in cut off jean shorts with star bedazzled in the back. After taking a consensus from the crowed he seemed to be the most worthy (less gross) candidate. So his name now goes in the long list of SSP winner. As always my favorite part of SSP is seeing all the friends i rarely get to talk to over the course of the year. I really appreciate those of you that have made it so many years in a row and continue to dig out you short shorts every year. I also want to thank the out of towners for making the trip. Ian from singapore, paul from chicago, jon (jew) from Milwaukee, and of course brian from chicago who hates everything about New York, but toughs it out for the party.
So how about the pictures, well I haven’t had time to sort and post in frames (this weekend) but a few people have posted on flicker and picasa (please post more links in the comments)so thanks for the links steve and jon and although this party may be getting to big the entire staff is looking forward to next year. By the way faithful we need a new venue next year soo keep your eyes open and let me know. 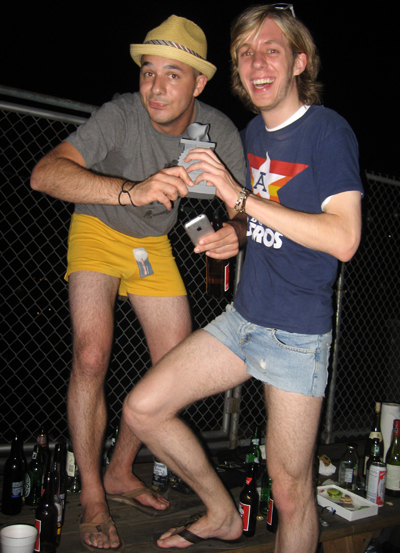