so we visited jersey city, new jersey this weekend to see LIFE by tyson thorne. to be honest people say a lot of things about new jersey and honestly out by newark most of those things are true, but jersey city was a pleasant surprise. it is just across the river and just one stop on the path train. tyson was having what i believe to be his fist photography show. as expected it was brilliant and tyson being that shroud self promoter wanted in-depth dport7 coverage. honestly its probably the best time I’ve had at any kind of art related event. I got to see some great photos and some old friends from toda. my good old danish friend lasse was back from Copenhagen which was cool. he’s back at toda for another run. lydia and chris came out and there were a few others. anyway after the show we went to dinner and that where all the pictures we taken. so here’s all the promotional pictures click on the image below and see.

on saturday we hung out with sam and brina and brian gave me a birthday painting (click for image) it is super exciting because no one has ever painted me anything before. keeping in the style of dport7 it a robot. although this robot has a special advantage…. he found the remote the owner misplaced and now in a play for independence controls himself…… don’t be surprised if you see a 3D version of this little guy on the site soon to keep killroy on his toes. 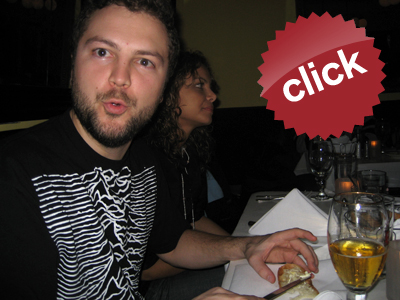