So last thursday night I went to the TODA summer party. It was great to see everyone as always and this time I got a chance to talk to my old boss mark. Turns out that very they had received the first shipment of the chair i had worked on most of the time i was there. this was for some reason extremely exciting for me. Mark said they are being sold at DDC.I haven’t seen them on the website but I’m ganna try and stop in soon and pick one up. Also while I was there I saw the OXO shower caddy I was working on when I left in august 2005. It looks just like it did when I left it, and its in stores now.
Sorry it been sooo long since a post. I’m really having a hard time finding a moment to do this. With SSP08 coming up the entire dport7 office is a flutter with things to do. Don’t forget July 19th watch your inbox for the official invite soon. 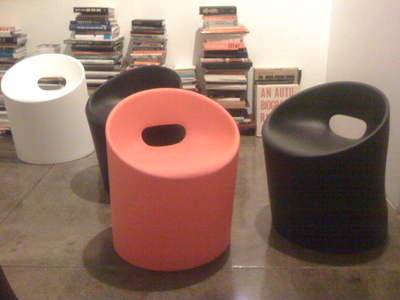 So I’m sitting here on the runway in Dayton waiting for 45min. on the plane to take off back to LGA. A perfect time to tap out some closeing thoughts on my little summer vacation to Ohio. Yesterday was the fun day. John and I went to see the Reds take on the RedSox. It was a really great game filled with homeruns and extra innings. Although the Reds put forth a worthy effort they just couldn’t get past the Sox. The final score ended up being a 6 to 4 loss for the home team.

After the game we headed across the river to join in on the Itailan fest going on. Sadly the Cincinnati’s version of an Italian fest consisit of a few Papa John’s pizza stands and some carnival games. Have no fear because I love ethnic fairs of all kinds I took a ride on the typhoon (pictured below). I didn’t yack but I should have I’d probably feel better now. After that we met back up with a bit more extended family then called it a day.
Lastly the entire trip was plagued a certain bug native to Cincinnati called the cicada. It kinda looks like a horse fly and screams like a locust. They are everywhere and tend to just land anywhere on your body. The legend goes the these bugs from hell only appear every 17 years. Because of global warming they got confused and hatched early. The last infestation was 2004. Either way it is sooooo loud and creepy. Its so loud infact that you can hear their screaming driving down the expressway with that radio on. Why does this happpen in Cincinnati you ask? Well I really don’t know. Although it does give credance to my theory that it is one of the seven gate ways to hell. 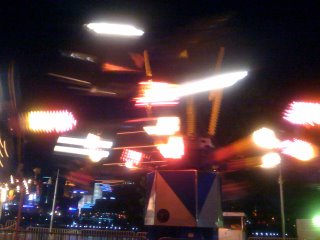 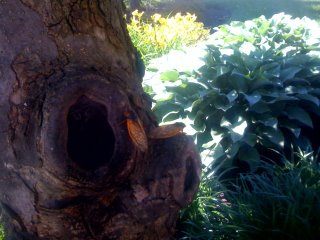 i got here yesterday got picked up and tried to make the documentary. sadly every time i turn the camera off funny stuff gets said. anyway the graduation was last night and i have to say it was pretty dry. the open bar shut down right before dinner and after an hour or so the awards presentation started. Turns out that doctors are award crazy… i think just about everyone got one ,but with that said they all work extremely hard helping people. i started thinking about how the rest of us work hard and don’t get awards dinners. then though i thought about how it is nice to be recognized but dinners take time and really aren’t that much fun. I ended up think” you know maybe not being recognized is less commitment and probably more fun in the long run”. There’s something about being out of my normal life that makes me want to blog. stay tuned maybe I’ll sneak another one out tomorrow. 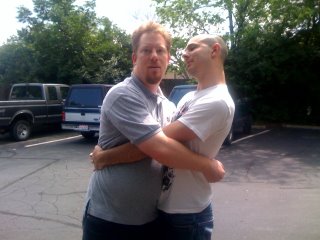 Here I am at LGA the dirtiest airport in the nation waiting to take off to Dayton Ohio then to Cincinnati to see big john diehl graduate for what looks to be the last time from med school. Over the last 8 or so years john has graduated like 24 times. First from UC med school then residency then from god knows what and so on. I don’t think I’ve been present for more then one of these occasions. For this the very last one I’m taking this friday off and getting on a USair flight to my home state and most hated city Cincinnati. Oh looks like they’ve started the preboarding I guess I better wrap this up. I brought my video camera and feel determined to make a doc. not only for john but for you the now generally board dport7 reader. Don’t give up.
(posted from iPhone) 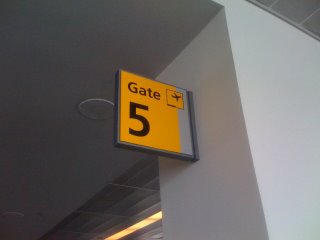 dport7 faithful you would have been proud…. yes proud indeed. last monday at my weekly kickball match i preformed a feet that made the girls cry, children sing, and grown men to light a cigar in contemplation. it’s been my dream probably my whole life to make a heroic catch in a outfield of some kind. this particular monday that dream was more haunting then ever. i told my good friend (hands) hanley about this and on the next kick she pulled down a catch that by some estimations was solid indeed. this only made my dream seem more mocking…… As i came out on the field the next inning i knew it was time to take life by the ‘balls” and make this dream a reality. As i waited for a kick to come my way my heart pounded with anticipation my hands began to sweat and my mind became clear…. THIS IS IT. The reverberating sound of a freshly kicked ball rang out into the late evening air. All my senses became sharp as my brain raced to judge the point at which it would hit the ground. Without concern for my own safety i dove and caught the red rubber sphere just a half second before it touched down. with the speed of my leap i rolled and popped back up to get the ball to the safety of the infield. I know this picture may not do the catch justice but the look on the face of my teammate behind me says it all.
in other news ian posted some great new pictures check them out. 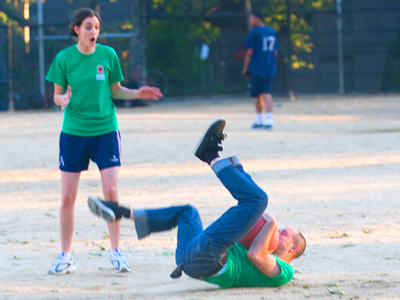