back from chicago. Well lets start from the start on this one. friday may 26 i took the day off to fly to chicago my flight set to depart at 8am. The flight was canncelled long story short i spent 13 hours sitting in LGA waiting to get out. why so long? holiday weekend no standby. i got to chicago at 10pm and although one day was shot we did our best to make up for lost time. brian and his friend eric met me at the division stop off the blue line and we headed for an authentic chicago steak burrito. we then picked up some old style and headed back to brian’s house to drop off my stuff. after meeting brian’s roommate greggors we moved on to an empty polish bar famous for their attractive polish bartenders. after eric impressed her with his new found local fame we decided that with the cubs game at 12 the next day we should head in.

::saturday:: we heading out to wrigley field on our bikes. i was giving the schwinn varsity (from what i’m told) a well constructed bike made of “pig iron” along with special welding techniques. it weighed quite a bit which i may have pointed out too many times. we made it to the cubs game and thanks to eric had seats so close i teared up. just 4 rows back right on first base. it was in the family section so swearing at the braves was out of the question. with the old style flowing the game flew by and the cubs lost in true chicago cubs fashion. to be honest the rest of the day was sitting and drinking with the rest of the guys. it ended with greggors and i riding our bikes though taco bell and having a small feast in the parking lot.

::sunday:: brian and i drove closer into downtown to water some friends plants. we then had a falafel and joined greggors on the front stoop for the better half of the early afternoon. with a feeling of self destructive good times looming we walked over to eric’s girlfriends house for a bbq. most of the guys that joined us the night before were there.(with their girlfriends out of town on a road trip the guys were enjoying an unsupervised drinking weekend) with an endless supply of burgers and dogs the pbr and old style ran through the gathering like a river of hope. after the bbq we set out on the bars for the evening and to be honest it starts to blur here. i do know that i did a performance of shout at a bar called happy village. the locals seemed to enjoy it and paid me in beer for my efforts. a big thanks goes out to brian and his friends for having me out and showing me such a good time. i’m sure i left a bunch out but this is already too long. 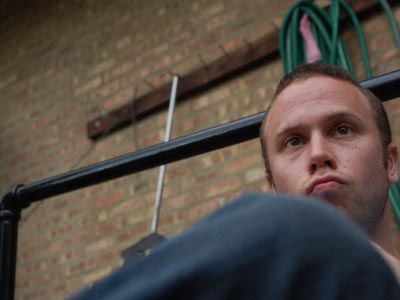 so a couple of things. WTF is with you people. i offer FREE dport7 tshirts to absolutely anyone who is willing to comment on the blog and the response to this offer has been sad. Only the jew has sent his information and request (i know the other regulars have contacted) I was hopeing this might bring a few people into the dport7 fold. i know for a fact we have some readers out there that don’t comment but want a t-shirt. so for the love of god grow a pair and send in your info for the coolest tee in town! if your confused by this CLICK on the t-shirt button on the right side of the screen.

In other news I’m off to chicago this week to see brian. I’ve been promised a cubs game and a rowdy time. i will also be meeting his girlfriend joanna, and possibly in a drunken state trying to make out with her or worst tell her about that time brian and i went to tijuana, or maybe about brian’s brother tad that he never talks about. which is weird because tad is a cool guy. all in all I can’t wait i leave friday and return monday. HOORAY for holiday weekends. 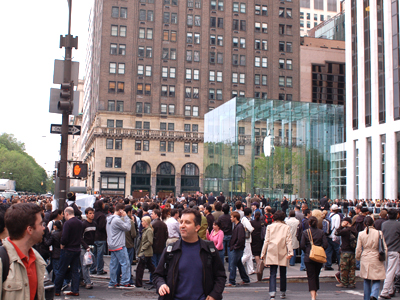 so a few things. first off for those of you that remember the good old days here’s a flash back. Pinkie Master’s for at least the second time has been featured with in esquire magazine(scroll down) as one of americas 100 best bars. they didn’t really rank the bar by number 1-100 but if they did pinkies would with out a doubt be in the top 3. so in a turn about i think i may have tired of my ipod and indi music because i bought two more books by my favorite author J.D. Salinger. I’ve started reading Franny and Zooey and like all his books i’m tearing through it. although it’s seems like with each page i read a bit more of my sanity slips away. as always happen when i read his books.

Oh i forgot to mention that the new apple MacBook (replaces the iBook) came out on tuesday. to say the very least i want one very badly. i’m even considering trying to sell my powerbook to buy one. so if any of the members have recently become very rich or in the mood to give a uncomfortably large and unnecessary gift please send one my way. Oh I want the white 2.0GHz model.

for those of you that have been following the site for a while, you remember my time at toda. so i left last september and it’s been a good long time since i’ve seen any of the old gang, if you will. yesterday at lunch i decided it was time for a visit and sent a note to my old pal tyson (go to his site). I met almost the entire crew down in tribeca for a drink. It was great to see lydia, tyson and farah. lindy on the other hand ditched us to fight terrorism drunk. we talked of oldtimes and extra flappy, took some last minute pictures to remember the times. I had a great time and enjoyed meeting all the new toda peeps. in this picture i believe tyson was explaining how he grew his rehab beard, without going to rehab. 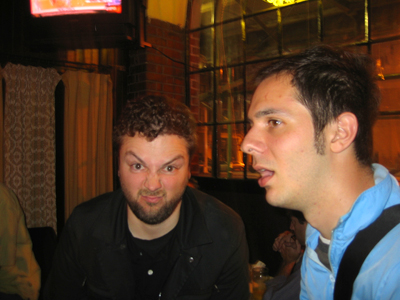 so last night we went over to see our long lost friend rebecca and co., just a lot of TV watching,loud talking, and fun. the truly amazing part of the visit though was her bunny rosie. it’s really strange most bunnies that are pets that i’ve seen tend to shake with fear in that corner their entire lives. they don’t act like cats and hang out or have personalities. rosie on the other hand was hanging out in the room full of people hopping around and being cool. you could pet rosie and interact with her. it was weird. I’m not saying I want a bunny but hey the fish aren’t working out so maybe. a bunny doesn’t need a pump or a glass bowl.

after fighting a hellish cold most of the week today i joyfully enjoyed the sun and the metropolitan museum of art. Kate and leena were going to see a british fashion exhibit and were kind enough to include me. being the only boy in the group left me a bit stranded in the fashion area of the trip, but afterwards we found the best kept secret the met has to offer. the roof. Yes the roof of the met is seasonally open and with a bar and gorgeous views promises to be one of my most favorite places in the city. other than that i called it an early night in fear of losing this battle with the head cold. 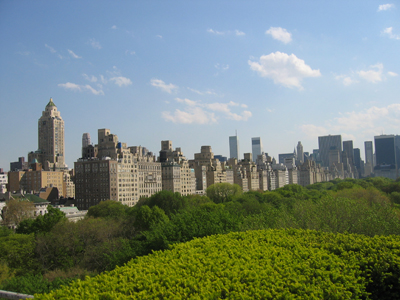 i’m guessing most of you knew this would happen. So after calling to replace my phone and not using it all day i woke up this morning and decided to give it one last try to power on. low and behold the little bugger fires right up to say hello and work like a charm. So in a feeble attempt to safe my $50 i called the insurance company and asked them to take back the phone. I think the operator almost started to laugh. So now I’m sending cingular a lightly used phone that still works and I got a brand new piece of cingluar crap. The man always wins and that my friends is the moral of this story. did they set me up you ask? i think so! can I prove it?……. yes with a research grant from MIT i think i’ve got a fighting chance. start sending smoke singles my friends because this cell phone racket is for monkeys!!!

1..2..3 i really hate cingular. So today like I do everyday woke up got in the shower and put my phone on the sink. while in the shower the alarm went off again and I reached out with a wet hand to turn it off. apparently that little bit of 2 second contact with a wet hand destroyed the phone. I didn’t freak out because i bought insurance with the phone when i signed up at cingular. The guy at the store said it was great coverage and that I could go as far as to drop it in a puddle and they would replace it. The store is on my way to work so I stopped in and the bitch at the counter gave me the run around for a while and then gave me the all dreaded number to call. Then after a lifetime on the phone I find out i still have to pay $50. Cingular lied and now I have no phone for two days. I hope cingular poops it’s pants at it’s daughters 5th birthday party and all the little kids laugh at him!